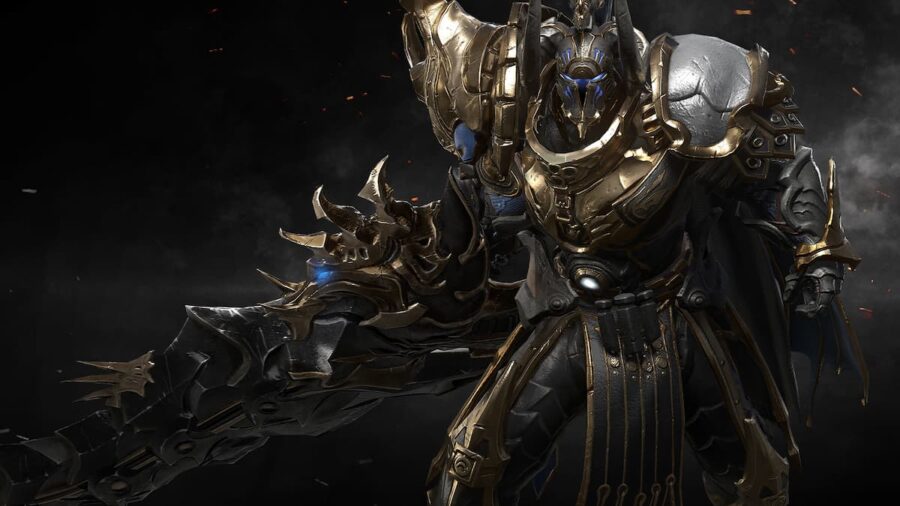 The Berserker is the giant, two-handed sword wielder of the Warrior class in Lost Ark. They deal massive amounts of damage with their greatswords and withstand lots of incoming attacks. To get the most out of the Berserker advanced class, you will want to make sure you are running the right build. Here is our Lost Ark Berserker Build Guide.

The Berserker is an absolute unit on the battlefield. Its high-damage AoE attacks and high survivability make it one of the easiest advanced classes to play. The only drawbacks of the Berserker are the long attack animations and slow cooldowns. Luckily, Berserker's Identity Skill helps outweigh these slight cons.

The Berserker's Identity Skill is called Burst Mode. When you fill up your Fury Meter, you can enter Burst Mode, which raises your movement speed, attack speed, damage, and critical damage. In this mode, you are pretty much unstoppable, and you will crush everything in your path. This is why you should strive to be in Burst Mode as often as possible. Your build should work to increase your effectiveness both in and out of Burst Mode.

The Berserker will perform best when your build focuses on maximizing the class's overall damage output and survivability. While this specific setup lacks mobility, it's ideal for players looking to output huge damage while staying alive and buffing teammates. Players will receive skill points each time they level up. Players should work toward the below build as they level up. It is recommended that you first max out skills that you use most often or are the most powerful, then fill in the rest of the skills from there.

Related: How to increase Virtue Stats in Lost Ark

You will also have access to some general Engravings that can further increase the Berserker's damage. These can be leveled up a maximum of three times and activated using Engraving points on rings, necklaces, and earrings. Below are a few great Engraving options for Berserker:

Related: How to craft Gourmet Seafood Stew in Lost Ark

Awakening Skills are extremely powerful abilities that have longer cooldowns. You will unlock these by following along with Beatrice’s post-level-50 questlines. Each class has two unique Awakening Skills. However, only one can be equipped at a time. The Awakening Skill you should choose for Berserker ties directly to the Engraving that you are using.

This is an all-around Berserker build, but keep in mind that there are builds that are more focused on specific types of content. Builds are somewhat subjective, so feel free to tweak this build to fit your playstyle as needed.