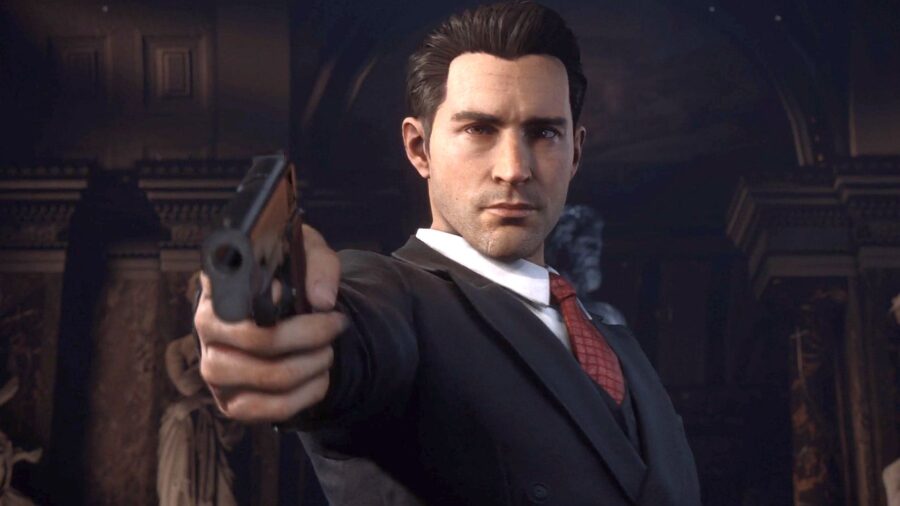 Another type of magazine for gamers to find in Mafia: Definitive edition is the Super Science magazines. Just like the others, the Dime Detective and Black Mask magazines, the collectibles are spread all over Lost Heaven, but we'll tell you how to find them.

7 Super Science Magazine locations are exclusive to the story, so they cannot be found in Free Roam. And the other 13 can only be collected in Free Roam - which can be accessed after completing the first chapter from the main menu of the game. Like every collectible in this title, nothing can be missed.

On the minimap, a colored icon will appear when you are in close proximity to a collectible, which makes things so much easier.

So here's how to find the Super Science Magazine locations!

The first magazine that can be acquired isn't until Chapter 7. During the first gun shootout of this chapter, you'll be on a linear story-driven path. While on this path, you'll come across a tarp-covered couch, next to an ammo crate. On top of this couch is The Brain Beast magazine.

The second magazine is found in Chapter 10 at the airport. Inside the airport lobby in the coffee break room is a bench with a suitcase on it next to the window looking outside. To the left of the suitcase is The Aerita of the Light Country magazine.

This magazine can be obtained in Chapter 11. When you are tasked to take out the guards in the area called Beech Hill, by the pool on a sunbed is the Prisoner of Time magazine.

In Chapter 13 in Pepe's Restaurant, when you are tasked with flanking the enemies inside the restaurant. The Half-Past Eternity magazine is found in the kitchen.

When you've got to Chapter 14 when onboard the ship, in the kitchen, the deck below from where you start is the Tumithak of the Towers of Fire magazine on a work surface.

This magazine is located in the Federal Customs Impound in Chapter 18. In the massive room, when you are searching for the cigar shipment inside crates. In the office above this floor, on some filing cabinets, is the Invisible One magazine.

In Chapter 20, when you are following Sam in the Lost Heaven Art Gallery, is the Legion of the Dark magazine. In the north-east corner of the gallery in up the first set of stairs, after killing enemies in the rooms full of paintings. In the corner room with the objective marker on your right, next to some books, is the magazine.

The Day of the Comet magazine can be found in the garage of Salieri's Bar in Little Italy. 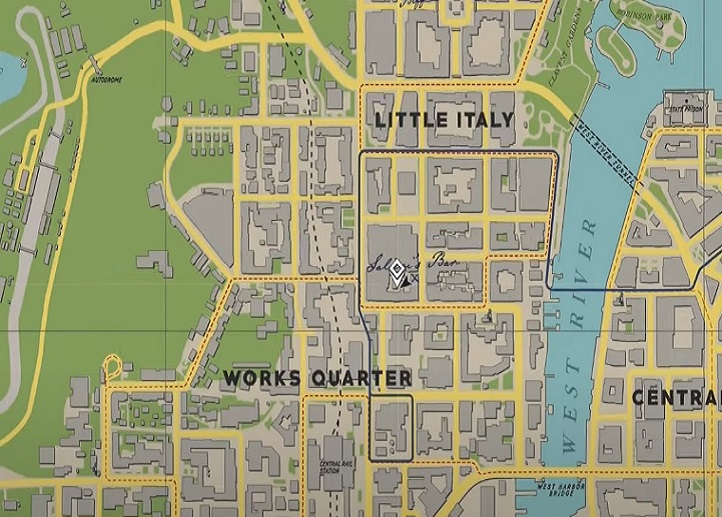 On Central Island south of Guiliani Bridge, on a boat, is this the Cepheid Planet magazine. 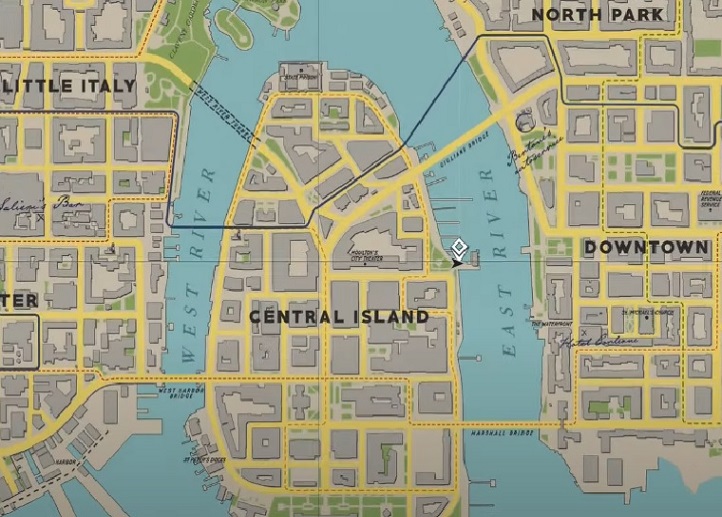 In Chinatown south of Novabridge on the island of Robinson Park. The small island beneath that island on the south-eastern edge is the Collision Course magazine, next to a lampost and a trashcan. 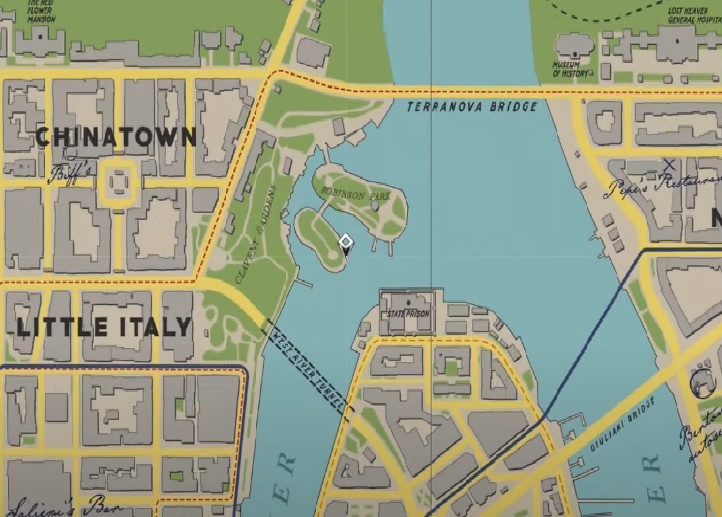 On a bench, on a pedestrian overpass, where the West River Tunnel meets Central Island, you'll find the Genus Homo magazine. 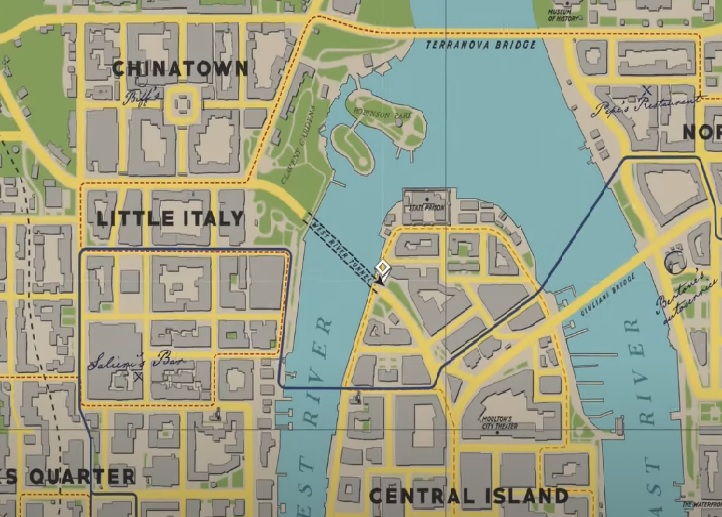 To the west of Chinatown, there is a small area of houses, in front of an outhouse toilet is the Mission Unknown magazine. 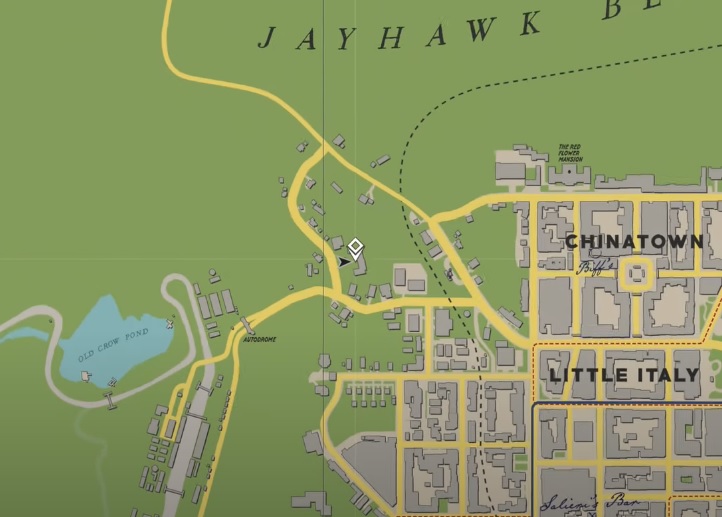 This next magazine, The Wicked People, is in Downtown, pretty much exactly where the "D" is on the map. The precise location is on the rooftop of a parking garage on a ledge. 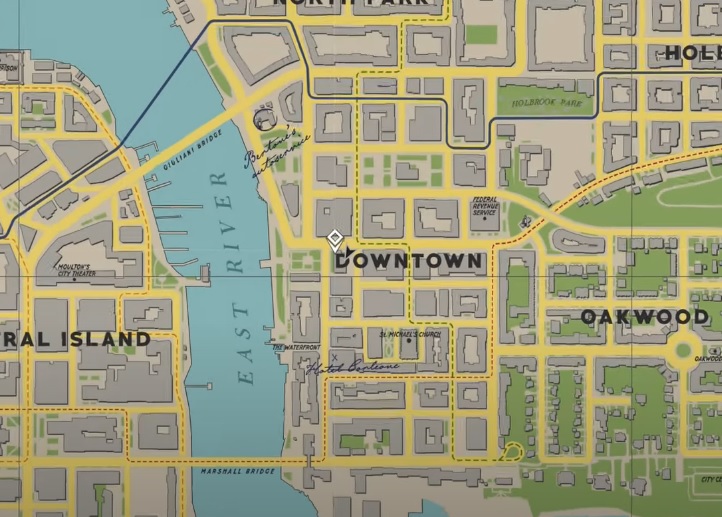 The Cham of the Hills magazine is located to the south of Lake Fyer. To the north of the word "county" on the map, you'll find a dock; the magazine is next to a fishing pole, a chair, and a lantern. 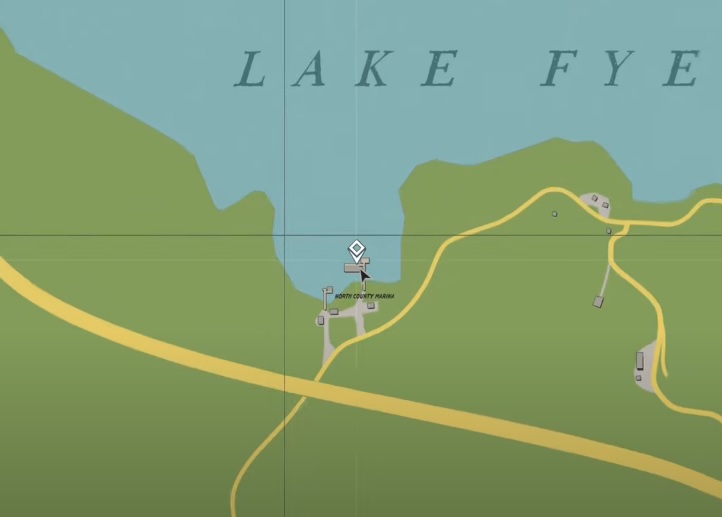 The next magazine, We Guard the Black Planet! is located just to the south of the "K" in Heaven's Peak, in a place called Overlook. The magazine is placed on a ledge. 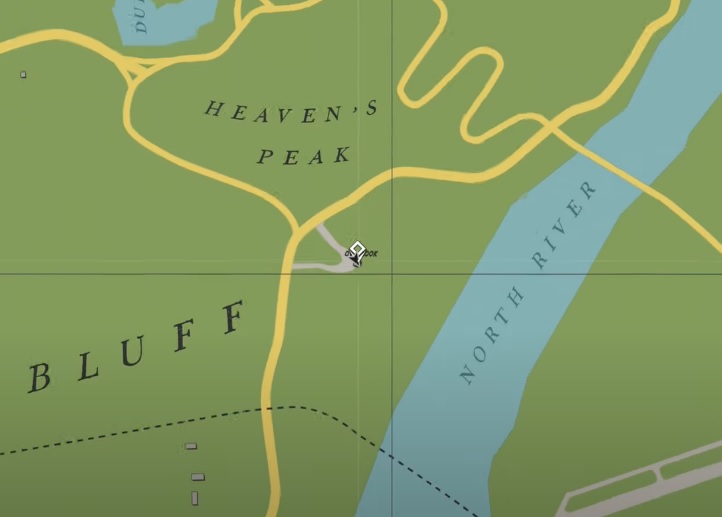 In North Park, just above the letter "P" and to the south of Morella's Bar. In the entrance alley of a Storage Warehouse Company building is the magazine The Black Sun Rises. 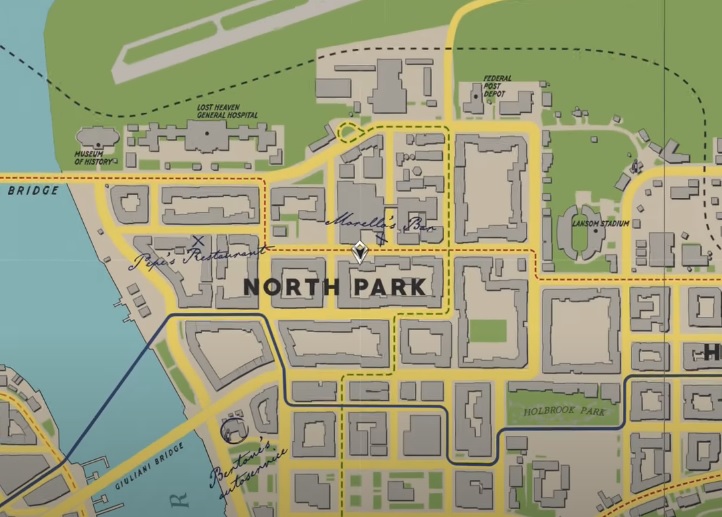 In the Countryside to the south-west of Clark's Motel is a small group of houses. Under a gazebo next to one of these houses is The Earth Killers magazine. 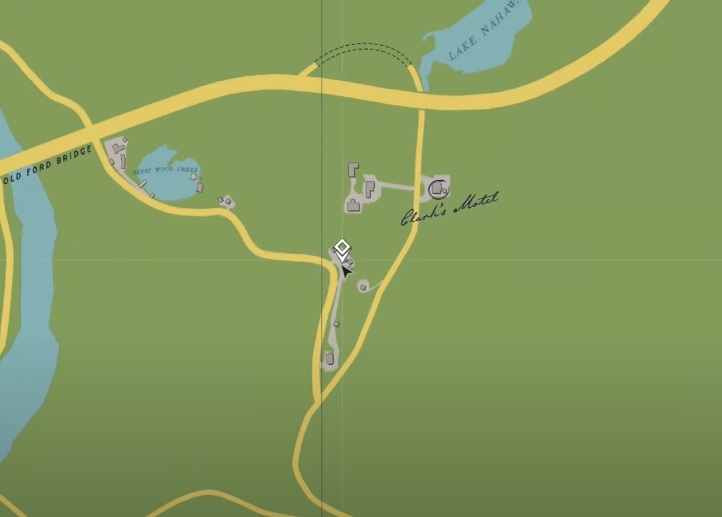 The Minus Dancer! magazine is located north-east of Holbrook, outside of a warehouse, inside an alley next to some rubbish bags. 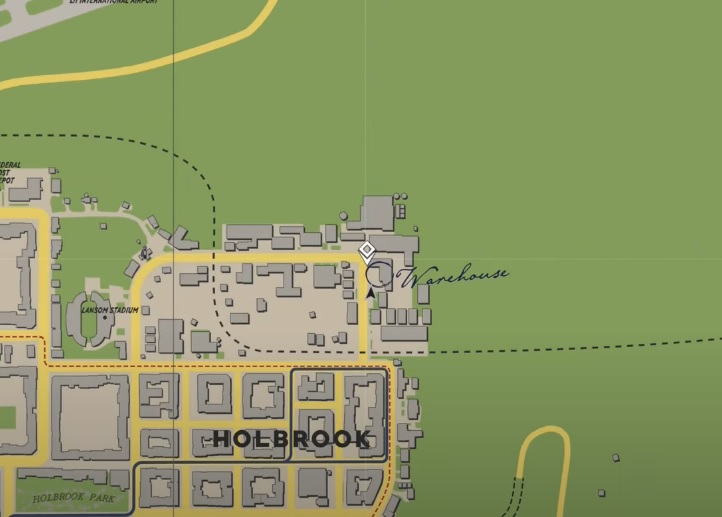 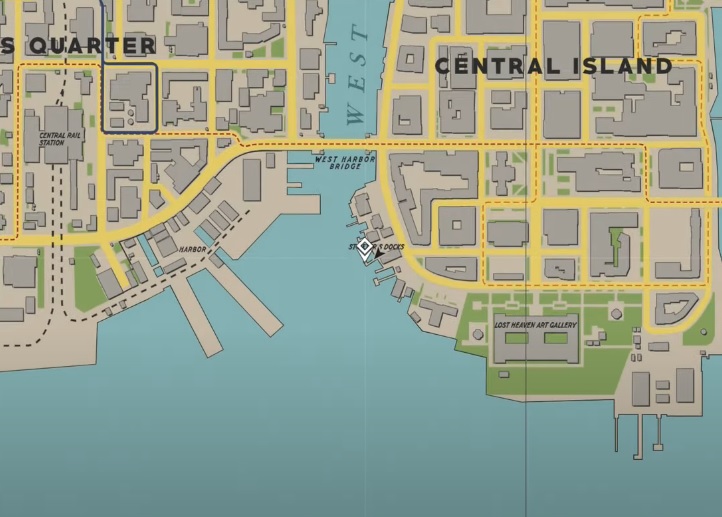 The last magazine of Free Roam is The Death Crystal magazine. This one is located at Beech Hill, at the Beech Hill Lighthouse. You'll see a bench looking out towards the ocean, and the magazine is on the floor next to it. 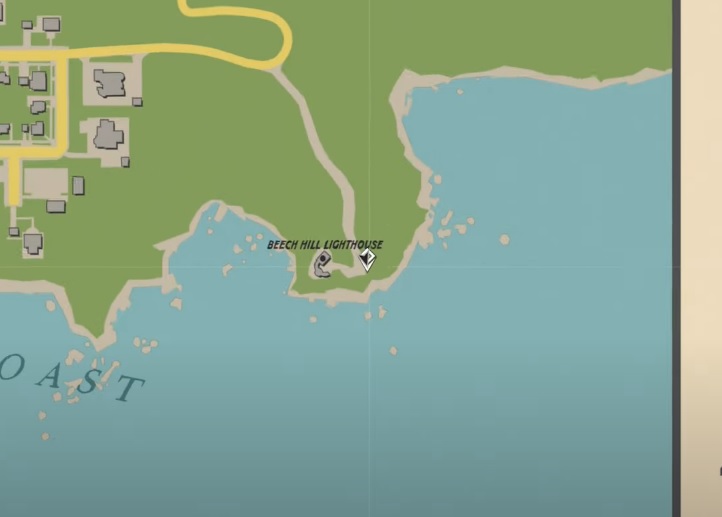 If you are struggling to find any of these, check out this video for reference: