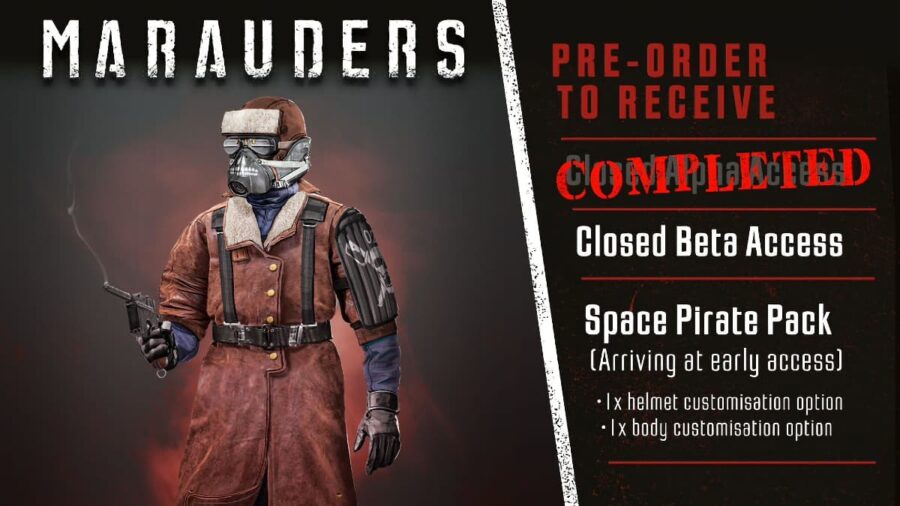 If you want to sign up for the Marauders Beta, it is easy. In short, anyone can simply sign up for the Marauders Beta by pre-ordering the game. Pre-ordering the game will grant you not only beta access but a few other rewards. The other rewards you can earn include an Item Pack called the Space Pirate Pack and a 10 percent discount. Previously access to the Closed Alpha was a reward for pre-orders back in March.

That said, you can pre-order the game by going to the Marauders website. On the website, there will be a Buy Now option. Click this, and you can purchase the game with a 10 percent discount. After pre-ordering and activating your key, you will get access to the Marauders Beta on PC.

Related: How to farm bitcoin in Escape From Tarkov

When does the Marauders beta start?

What comes with the Space Pirate Pack?

What is Marauders about?

Marauders is a planned tactical shooter based on a similar format as Escape from Tarkov. Users embark on missions in groups of three or solo to gain loot while surviving intense firefights. The game is set in space and players must fight for survival and loot across enemy ships, and asteroid bases while fighting players and AI enemies.

For more on Marauders, we at Pro Game Guides recommend checking out What is Marauders? Beta sign up, Pre-orders, & more!