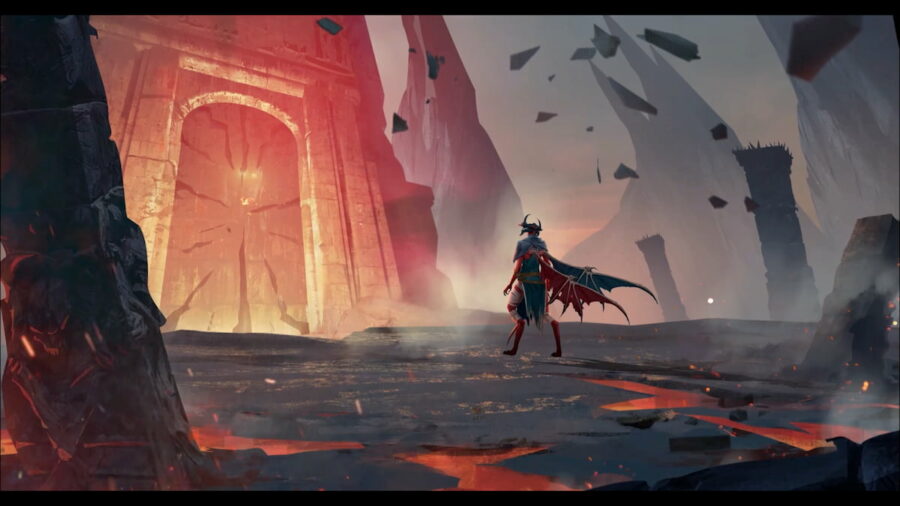 Metal Hellsinger is a rhythm action game that adds a layer of FPS brutality on a similar level to Doom. Players can change their weapons, set up different effects for themselves in the form of Sigils, and play in three different difficulties. Players take on the role of The Unknown and go through the game's different levels, or Hells, and defeat bosses along the way. While the game may be shorter than other rhythm action games, its replayability, depth, and music will separate it from the rest.

A genre mix that deserves attention

Metal Hellsinger is a rhythm-action FPS game with players taking control of The Unknown, a demon seeking her voice. Players have to attack within the beat of the song, and the more accurate their input is, the more damage they do and the more they add to their score and multiplier. Each level features a boss fight and either a new weapon or enemy type. This game has enough content to satisfy fans of the genre, but if you don't like the restrictions of acting on a beat, it might not be for you.

Something for Doom and Metal fans

Every artist for Metal Hellsinger is a legendary vocalist in their respective bands. The metal genre is massive, with many subgenres covered in the game's tracklist. Even if a player doesn't normally headbang, the tempo of the music is so consistent that players are bound to nod along while killing demons. The gameplay itself feels satisfying, and the music getting heavier as the score gets higher will only make players get more into the game.

The weapon variety is enough to give players different ways to play and attack to the tempo but not too much to overwhelm them with so many options. The extra content from the game's Torments gives more loadout options and can help struggling players or give them more build options when entering each Hell.

The game's length and enemy variety

While the game isn't especially long, Metal Hellsinger has replayability for players who enjoy the core gameplay, want to experiment with different Sigils and weapons or compete with their friends for the highest score. In terms of enemy variety, there are seven enemy types with special versions of a few. They act differently, but some players may not be impressed with these numbers. If the core gameplay doesn't grab players, they may struggle to find enjoyment in Metal Hellsinger. Those who do and don't mind replaying the game after beating it will enjoy everything that the game has to offer and then some.

Speaking strictly about gameplay, Metal Hellsinger will pull in the right crowd and caters to two specific genres. It does both genres justice and blends them seamlessly without taking much away. For players that love wave shooters and rhythm games, Metal Hellsinger will make them feel amazing when they are doing well and may frustrate those who are doing poorly. This game has the potential to be the gateway for fans of either genre to cross over to the other. Still, we recommend Metal Hellsinger mainly for those who enjoy shooters.

Should I buy Metal Hellsinger? — Review