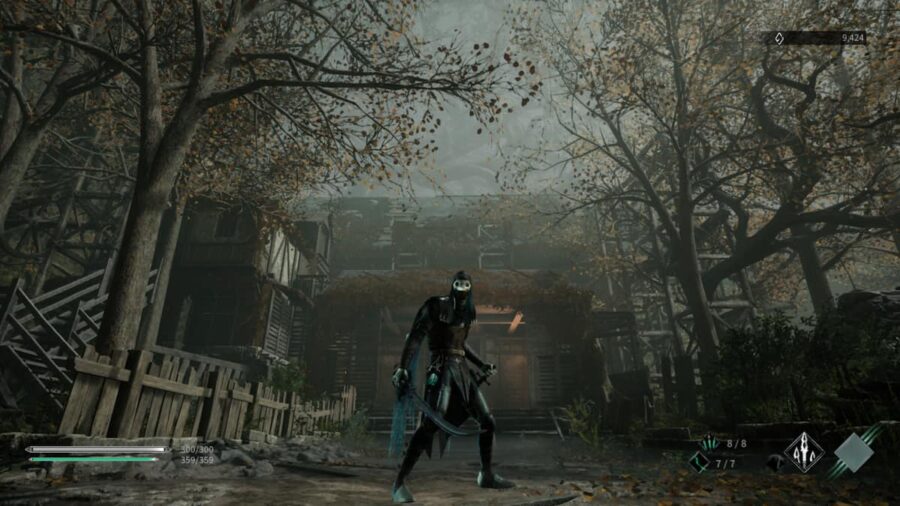 Thymesia has clear inspirations from many other games but remains original throughout its gameplay. The Soulslike genre is very much alive, and while many games try to emulate the style with a mere reskin, Thymesia feels like its own game. Thymesia has themes of corruption, experimentation, and the Plague. Players take control of Corvus, the game's protagonist, who looks like a Plague Doctor.

Thymesia has a dark aesthetic that resembles games like FromSoftware's Bloodborne, but it serves the lore well. Each area is filled with things to discover and fill in the blanks, leading to more exposition that is entirely optional. The overall gameplay feels unique, focusing on various Talents and a Tree while only having three Attributes to focus on when leveling up.

Its story revolves around the vicious Plague that has all but destroyed most of the world. The enemies of the game range from beings who were affected by the Plague to those that have used it to grow more powerful. The main character, Corvus, must uncover the truth behind several different areas of the game while suffering from amnesia. The ending of the game relies on what Corvus has uncovered, with different versions depending on what the player deems to be true.

The combat is layered but divisive

The biggest strength of Thymesia lies in its combat and how layered it is. If a player stops at a beacon and rests, they can get rid of Talents spent in any Tree without consequences. Many of the Talents work well together and synergy can be found when pairing some together. The Saber Tree can be specced into in order to increase the number of hits that can be done in a single combo, while the Dodge Tree has a Talent that allows players to immediately start a combo after dodging. Many Talents focus on Wound Damage or regaining Energy and can completely change the way that players go through the game.

Plague Weapons have additional effects that unlock when the player has an Attribute high enough. Using these weapons costs Energy but can change the way players handle encounters. The Miasma Plague Weapon can be upgraded to give players a buff whenever they dodge. With the Throwing Knives Plague Weapon, players have their Feathers changed to Throwing Knives that deal additional Wound Damage and can even counter Critical Attacks. With so many ways of playing, there is bound to be a playstyle that players can resonate with. Of course, players getting into the game may have trouble finding what works and be frustrated with the initially limited options.

Related: How to unlock new Plague Weapons in Thymesia

Is six to eight hours really worth it?

After getting through the learning curve, fans of the genre should be able to run through Thymesia levels with little to no trouble. Doing all that there is to do in the game can extend the game's length, but even trying to get all the Achievements and Trophies won't add more than a few hours to the experience. While there is not much replay value for a casual audience, players can continue to fight the same bosses in the game as much as they would like. The polished and satisfying gameplay makes Thymesia's short experience worthwhile despite not being a fully priced game.

Thymesia may not be everyone's type of game, but it is worth a shot for anyone who is into other Soulslikes. For fans of Sekiro, the game can heavily reward parrying. For fans of Elden Ring, the game can reward players with Plague Weapons. Fans new to the genre can find plenty of enjoyment in the game, which might appeal to their wallet more, given the game's price. This is a title that everyone should buy to give a try.

For more information on Thymesia, check out Best Early Talents in Thymesia on Pro Game Guides.

Should I buy Thymesia? – Thymesia Review