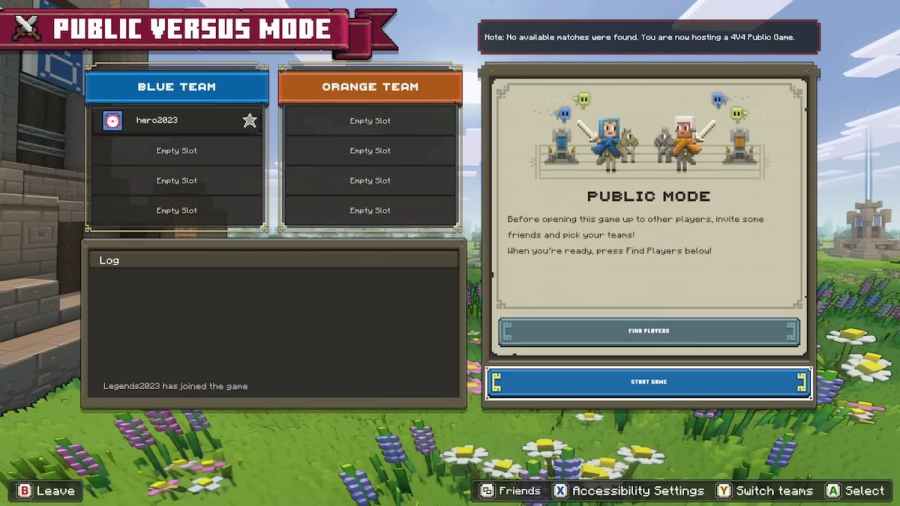 It's been a while since we first caught glimpses of the new Minecraft action strategy game, unveiled on October 15. A new trailer on the official Minecraft YouTube channel has showcased what Mojang calls the “chaotic fun” of Minecraft Legends’ Multiplayer.

The Multiplayer reveal showcases a lot about just how player versus player (PvP) will work in Minecraft Legends. For one, it's up to eight players, with two teams of four facing off against each other on the Blue and Orange teams. Players will take their controlled mobs and swarm opposing players, destroying buildings, and capture resource points.

The main objective of the game is to defend your base. But how your base looks and what buildings it contains are completely up to you. You can use your progress from the game's main campaign to field better units and items and level up buildings in your base. Moreover, the PvP takes the procedural generation that Minecraft is famous for and uses it in these multiplayer matches. Resources will be scattered randomly around arenas, so no match will be the same as the last.

The preview also shows that this is still a game about building and strategy. Allies will gather your resources, and from there, they'll provide you with materials to build new structures. But for each game, you'll have to decide what to prioritize. Will it be a game to rush diamonds for better equipment? Or one where you focus on stone and wood for better defenses?

Overall, it feels as if Mojang has poured a lot of love and thought-out ideas into the multiplayer. The video emphasized that the mentality was not to create a perfectly balanced PvP experience but to focus on chaos and counterplay. Minecraft has had a lot of multiplayer game modes over the years, with PvP combat, hunger games, and other modes all rising and falling in popularity. But with Legends, Mojang seems to have created a PvP mode that looks like Minecraft but with a unique format. We can’t wait to get our hands on it!