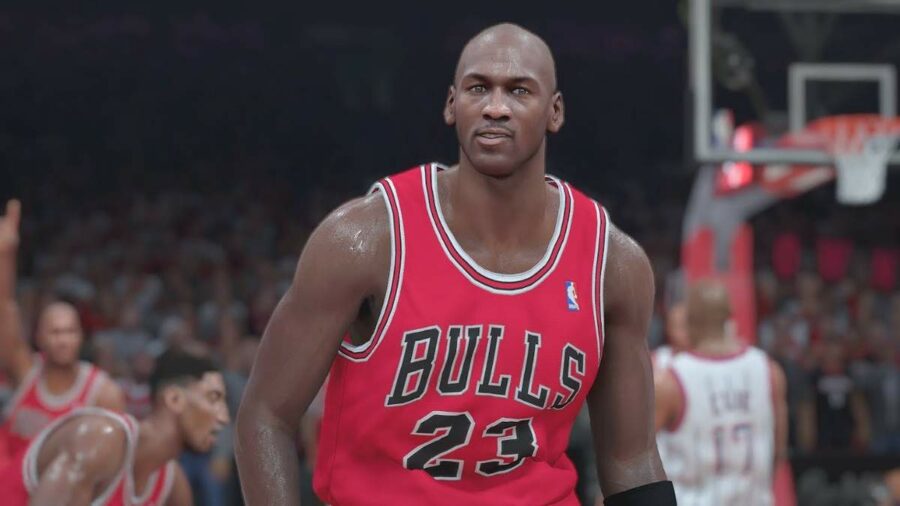 One of the best ongoing features of the NBA 2K games is the involvement of classic teams. Whether you're looking to recreate epic finals games of yesteryear or your own legendary match-ups between titans, here are the best-rated classic teams in NBA 2K22.

Led by legend Bill Russell, who comes in at a dominant 98 overall, the '64-'65 Celtics boast a starting five that can score from all levels and stand against any other classic or modern team. Such strengths come with weaknesses, however. Despite a group of starters with the lowest overall being 84, the depth of this team is lacking. Players coming off the bench have overall ratings that top out at 81, with their lowest player's rating at 66.

Don't let their 83 overall rating fool you; the '15-'16 NBA champion Cavaliers are capable of dominating any game. Led by the big three of LeBron James (99 overall), Kyrie Irving (93 overall), and Kevin Love (87 overall), you stand the chance to blow out any team or mount a serious offensive come back if you're down big. Their bench is highlighted by three-point specialist Matthew Dellavedova (75 overall), but beyond that, it's slim pickings for the depth of this team. Try to keep your big three fresh throughout the game with short substitutions in order to avoid stamina penalties late in the fourth quarter.

It may seem wild that the two-time defending champion Bulls (who won their third-in-a-row that year), fielding the legendary trio of Michael Jordan (98 overall), Scottie Pippen (89 overall), and Dennis Rodman (85 overall) would only amount to an overall of 83. This team, however, was the famous 'The Last Dance' team, which featured these aging superstars in the twilight of their careers. Despite their age in 2K22, this is another team that can stand with any other, and while their bench may not astound you with their overall ratings (78-66), there are a few support players that can swing a close game in your favor from three-point range (Steve Kerr, Scott Burrell, Jud Buechler).

Any team that features Stephen Curry (97 overall) is a threat. This team is absolutely lethal from the perimeter. Curry, equipped with a 99 three-point attribute rating, leads a squad of sharpshooters and playmakers that can hit any shot, any time. If he's covered, kick it to Klay Thompson (92 overall), who holds a three-point rating of 97, or Draymond Green (90 overall) and his three-point rating of 85. There's a couple of talented shooters on the bench, too. Overall, if you're the type of player that gets hot from outside, this team will force your opponent to keep up with your hailstorm of threes or be left helpless in the dust.

Anchored in the middle by Hall of Fame center Tim Duncan (94 overall), this is a complete team that will draw you into a slugfest. Their starting five will give you the playmaking ability to overpower with a barrage of baskets from inside the paint, only to kick it out and punish your opponent with precision jumpers from beyond the arc. The '13-'14 NBA champions are full of talent, with NBA legends Tony Parker (86 overall) and Manu Ginobili (83 overall), and a supporting cast that includes a young Kawhi Leonard (92 overall) and three-point specialist Danny Green (82 overall) looming on the outside.

A slightly better version of their '13-'14 counterpart, this team fields the younger and higher-rated trio of Tim Duncan (98 overall), Tony Parker (90 overall), and Manu Ginobili (87 overall). This makes the '04-'05 Spurs particularly dangerous, considering the entire starting five possesses the individual abilities to score from inside and out. Don't be shy about substituting their solid bench players, either. They're capable of holding their own while your stars get a breather.

NBA Champions in the '85-'86 season, this Celtics team features three-point scoring legend Larry Bird (97 overall), who boasts a three-point rating of 98. Bird is deadly from beyond the arc, but he's your only real threat from three-point range. You won't be able to rain threes with this team like the Golden State Warriors. You're better off utilizing Bird sparingly on the outside, using him to facilitate the ball inside to Kevin McHale (91 overall), Robert Parish (86 overall), Dennis Johnson (84 overall), and Bill Walton (82 overall), who all specialize in scoring in the paint or from mid-range. Wait for your opponent to shift their defense inside, then start feeding Bird outside for demoralizing threes.

If you're looking for Michael Jordan in his prime, here he is. On this version of the Bulls, Jordan is topped off with an overall rating of 99; he's an all-around threat on both ends of the court, especially on offense, where his herculean dunk rating of 95 is complemented by a three-point rating of 89. Aside from Jordan, the rest of the starting five are powerful. You'll have Scottie Pippen (95 overall) armed with Jordan-like ratings, and Dennis Rodman (88 overall) locking down almost every rebound while dominating in the paint. Avoid the trap of only feeding Michael Jordan while using this team. Everyone in the starting five is a star at their respective positions; share the feast of scoring to confuse your opponent's defense and you'll continue to find opportunities from every direction.

Arguably the best offense you can utilize in 2K22. This NBA championship squad has a starting five that consists of Kevin Durant (97 overall), Stephen Curry (96 overall), Klay Thompson (92 overall), Draymond Green (87 overall), and Andre Iguodala (80 overall). Much like the '15-'16 Warriors, this team will give you the ability to score from anywhere on the court. Durant will win most battles at the rim and is near-perfect from mid-range, while Curry and Thompson can drain threes from outside at will. While your opponent may be able to exploit the Warriors' shoddy defensive ratings, it's unlikely they'll be able to keep up in a shootout against this stellar offensive unit.

Magic Johnson (97 overall) and Kareem Abdul-Jabbar (94 overall) provide a cornerstone of NBA royalty for a championship starting five that will deliver on both offense and defense. It may not be a team that will excite with perimeter shooting or flashy passing, but you'll be able to wear down your opponent with a constant dose of consistent finishing in the paint mixed with stuffy defense from your giant players.