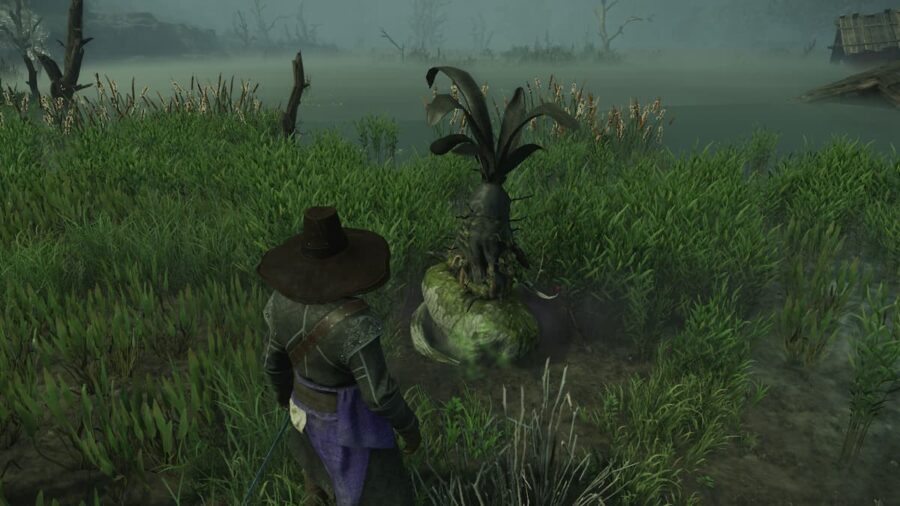 The best place in all of Aeternum to harvest Blightroot is in Weaver's Fen. You'll find these plants spewing fumes all through the swamp that surrounds the village in this territory, particularly in the area near North Vega Bridge.

Blightcrags can also be found in Weaver's Fen, south of the village. If you rotate between Taryville, Gracewater, and Aria Village, you'll find plenty of these nodes waiting to be mined.

Related: How to get Life Motes in New World

Another good place to look for Blightcrag is in Restless Shore to the south of the entrance to The Depths expedition. Make sure you're at least level 41 before entering this territory.

Blightmoths are rare throughout Aeternum but can be found in large numbers in the northeast corner of Ebonscale Reach and a spot nearby in Great Cleave. These territories are for high-level characters, so be wary if you're venturing in at a low level.

Death Motes can be found throughout Aeternum, but the best bet is in the swamps of Weaver's Fen. Head to the places listed in this guide, and you'll have all the motes you need for crafting your arcana items, including tuning orbs.

Pro Game Guides has a plethora of New World guides for you to check out here.

How to get Death Motes in New World