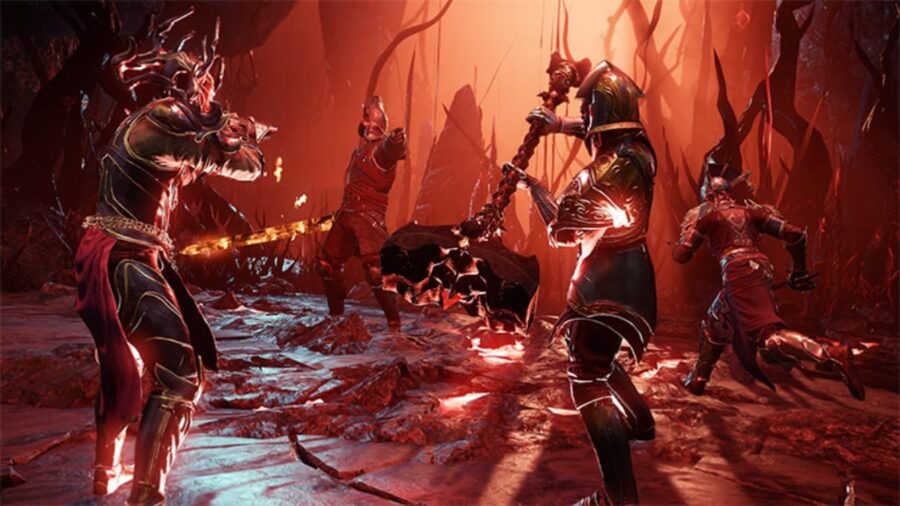 New World recently has become one of the fastest-growing MMORPGs on Steam, quickly surpassing Valheim as the largest Steam launch in the history of the platform.

All in all, New World is a massive game with a ton on offer, from PVE to PVP quests, game modes, and even dungeons for players to explore for epic loot.

Players can also create and customize their characters to limitless freedom thanks to a class system that allows them to respec and swap out weapons at the drop of a button. There's also a ton of crafting and a trading system for those who want to dominate the market.

However, there's a lot that needs to be fixed and is being fixed. That said, here's all of the recent patch notes for the game listed below.

Related: New World is a massive game with lot's to do, so if you ever need help, We at PGG have you covered with a vast catalog of guides like How to get Flint fast in New World?

After the downtime required to deploy the 1.0.4 update, we will re-enable Outpost Rush and server transfers at the times listed below.

US West will be enabled at 2AM PT (9AM UTC) when downtime from 1.0.4 is complete. After we monitor Server Transfers in US West to ensure no new issues are encountered, we will re-enable it for the remaining regions at 2PM PT (9PM UTC). No server restarts are required.

After we monitor Outpost Rush in South America to ensure no new issues are encountered, we will enable it for the following regions at the times below.

Our goal is to adhere to the schedule above, but may need to adjust the timing depending on any issues (or lack thereof). We’ll keep you updated on our forums and through in-game messaging for any incoming downtime. Thank you to our players in US West and South America for helping us ensure these features are ready for the worldwide rollout, and thank you to everyone for your understanding and patience.

Update: Our team was able to include a few other urgent fixes into this week's update. The following issues have been fixed.

Additionally, we discovered that our fix for the issue with titles and achievements not always updating correctly will need some additional work, and we've removed it from the list. We'll continue to work on a fix for this issue, and many more, to release in future updates.

We've implemented the groundwork for the character server transfer, and you may see elements of that work in the in-game store. We're continuing to work on this feature, and will have more information on how the system works later this week when we release server transfers.

Changed turret projectiles in War from physical projectiles to use hitscan detection. This should help performance in War, with fewer objects being spawned in the world.

In an effort to ensure players can’t stay AFK, especially in higher population servers, we’ve made the following adjustments to the AFK prevention system.

We added a confirmation screen when a player attempts to leave the queue for a world, asking the player to confirm if they’re intending to leave the queue. This should help ensure nobody accidentally leaves the queue and misses out on their spot in line.