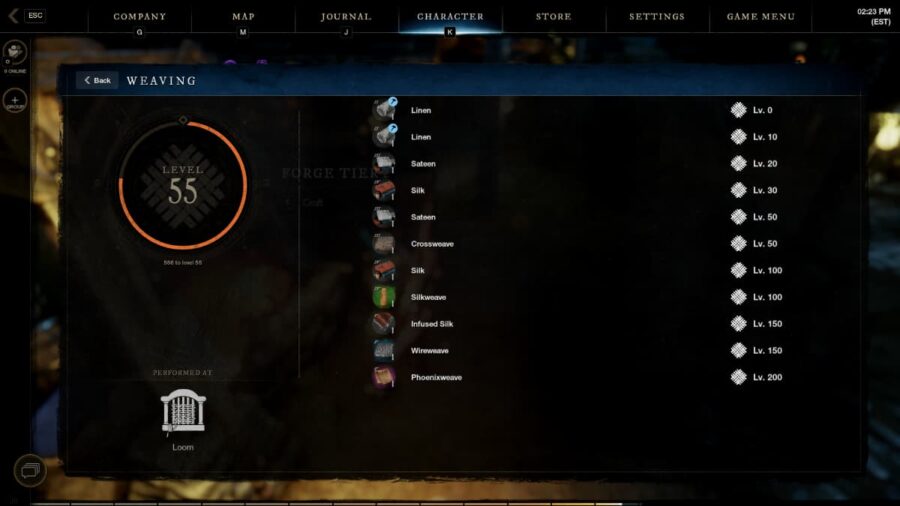 To level up weaving in New World, players must start off by crafting Linen via a loom at one of the major settlements in the game. Crafting and focusing on Linen is the best way to get a jump start with the skill.

You will also need Linen to craft other useful items, and can also be sold and bought by other players looking to skip grinding in the game.

But, as the saying goes, don't put your eggs in just one basket, and so you should also expand and start farming resources to craft other items that give more XP as you gain levels and unlock new items.

However, you should only do so if the resources needed for the item are easy to get, as it's a pain to spend hours finding rare resources when you can be getting a steady flow of XP from Linen, etc.

Because of this, you will and should be fine with just focusing on Linen and then taking the Linen and making Sateen with it when you unlock at level 50 in Weaving. Overall, Weaving is not a hard skill to level up, and it essentially boils down to just farming Linen to the end of time.

As a side note, you can make Linen from hemp and if you don't know where you find hemp, check out our guide, best hemp locations in New World.