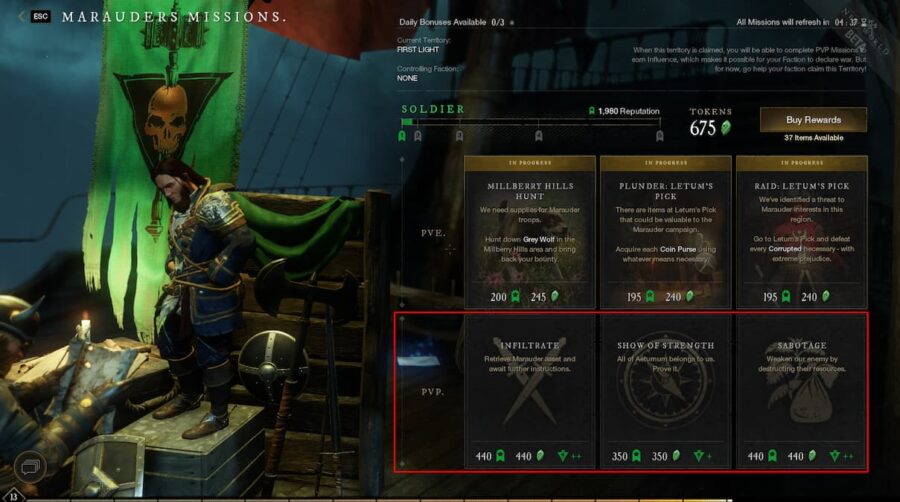 Faction benefits are unique buffs all three of the game's factions earn from controlling territory in the game. The buffs faction players can earn include the following listed below.

However, before a faction can gain any of these special buffs and rewards, they must control territory in the game, and factions can do so by declaring war on a territory.

But before they can declare war on a territory, it must first be vulnerable to war. Players can help make certain territories vulnerable by increasing their faction's influence through special faction missions in a territory.

Related: How to get Linen in New World?

Players can complete these missions via the faction mission board and by accepting PVP missions. Completing these PVP missions will help raise your faction's influence in certain territories they take place in. However, be warned that you will be flagged for PVP with other players if you accept these missions.

Nonetheless, if you complete enough of these missions alongside other players, you will eventually raise your faction's influence enough to declare war and try to claim certain territories. If your faction is successful, you will reap several rewards previously mentioned from that territory.