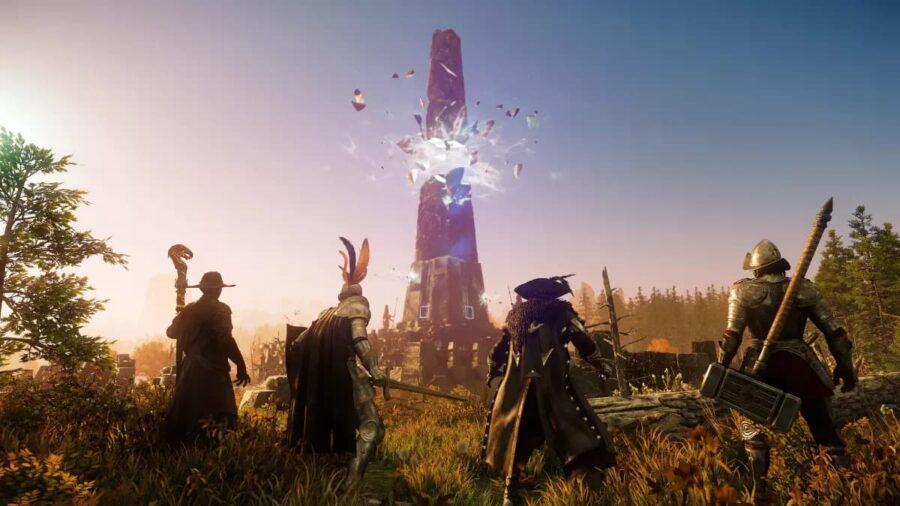 If you are wondering what the release date and when does  Amazon's MMO New world releases, it's August 31. The date was comfired via an update post back in February.

In the post, the devs confirmed the new release date for August 31, 2021, along with an apparent beta that will start on July 20, 2021. You can also sign up for the beta by going to the site and logging into your amazon account or preordering the game.

Update: It was just announced recently that the developers are delaying New Word to the the 28th of September 2021 via a tweet on the official New World account

That being said, New World will feature a ton of new features since it's initial alpha such as Ebonscale Reach. Ebonscale Reach is a brand new end game zone where an exiled empress is building a fleet that could threaten the entire world.

Next, you have expeditions. These are five player instance zones, which are more or less dungeons that will take players on a huge adventure into the deepest points of New World.

In these expeditions, players will need to band together to reach the end to gain tons of rewards such as loot and various other items. The will also feature pvp modes such as strongholds where rival players will battle it out for control of a fort.

All New World Server Launch Times for each Region