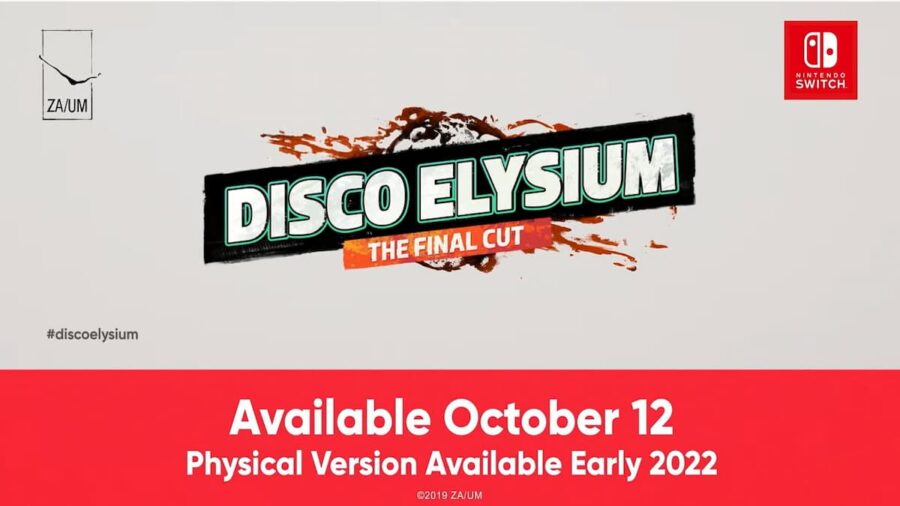 During Nintendo’s September 23rd Direct show, it was revealed that Disco Elysium was coming to the Nintendo Switch. The award-winning RPG was a surprise reveal from the show, as the ground-breaking game caused a massive stir on its original release.

When will Disco Elysium come to Nintendo Switch?

As per the announcement, Disco Elysium: The Final Cut will be available on Nintendo Switch from October 12th. This is the definitive version of the game, which includes the "free megaphasmic content update."

Related: What comes with the new membership to Nintendo Switch Online?

What’s more, Nintendo revealed that they would also release a physical boxed copy of the game. However, Nintendo was unable to specify an exact date. Instead, they stated that the physical version would be available in early 2022.

Disco Elysium is one of the most celebrated RPGs of the last few years. Following the exploits of an amnesiac detective, the game's multiple choices in dialogs and options have seen it receive universal praise. After such critical acclaim, it's incredibly exciting to see the game come to the Nintendo Switch.

For details on even more Nintendo Switch RPGs, check out When Does Triangle Strategy Release?

When does Disco Elysium: Final Cut release on Nintendo Switch?