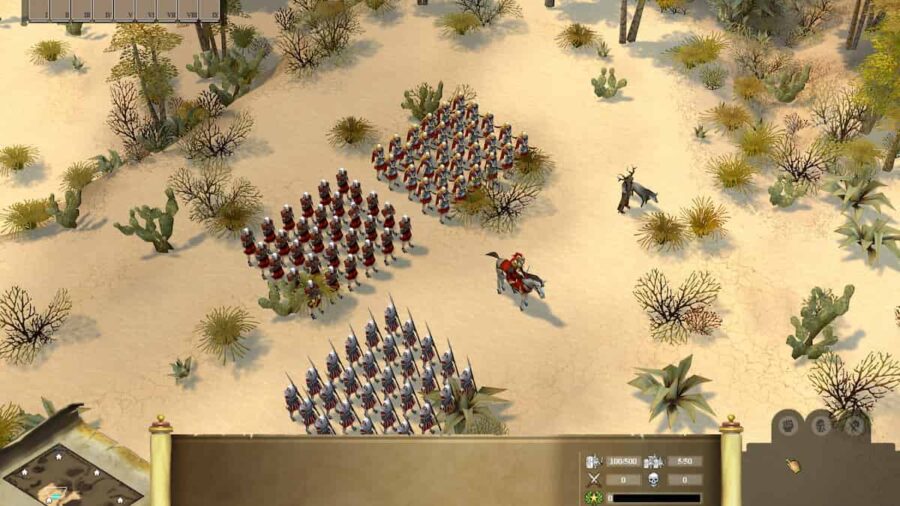 Ancient Rome was a fascinating and incredibly historically important civilization. It’s inspired art, literature, and, of course, video games. But there are dozens of games about Rome and it’s history, so how do you know which ones are the best? Here we’ve listed the 12 best games set in Ancient Rome.

One of the foundational games of Sega and Creative Assembly’s Total War series, the original Rome: Total War is a classic of the grand strategy and mass battle genre. What’s more, it still holds up almost a decade after its release. If you’ve never played it, you should go back and enjoy it for the first time.

The sequel to Rome: Total War, and a slight departure from the previous game’s mechanics, some purists don’t like the changes Rome II made, but it’s hard to call this a bad game by any measure. In fact, this is one of the best Roman Empire management games out there. It trimmed some of the fat of the previous game and streamlined it so you can focus on the parts you care about.

Paradox Interactive grand strategy entry puts you in the role of one of the leaders of the many civilizations that spanned the world during the time of Ancient Rome. A more granular and complex game than many might be used to, Imperator Rome is an intensely detailed character simulator and a must for history buffs.

Casting you in the position of one of Rome’s leading architects and city builders, Caesar is an older game, but still as challenging and engaging as it was upon release. With charming isometric sprite graphics and a challenging gameplay loop, this retro city-building sim will push you to the limit, and see you executed by Caesar himself if you fail!

A traditional 3D Real Time Strategy (RTS), Praetorians focuses on leading you through a story-based RTS while in command of a Roman Legion. The intense combat and satisfying style of this game will definitely grab your attention. It’s more micro-management focused than some of the games on this list, and that will definitely appeal to some.

The first 3D action game on this list, there’s a simple way to describe it: This is basically Gladiator: The Game. That’s not a bad thing of course. The plot is just uncannily similar, and you should just sit back and enjoy the ride.

A true classic and one of the formative entries in the Real Time Strategy genre, the original Age of Empires and it’s Rise of Rome expansion are some of the best games ever set in the ancient world. The Definitive Edition gives you all the expansions, dozens of campaigns, and all the factions, including the Romans.

On the back of their success with Rome: Total War, Creative Assembly and Sega created Spartan: Total Warrior, a hack and slash action game in the vein of Dynasty Warriors. You play as a Spartan Warrior fighting off Roman invasions, with lots of mythological twists that see you fight the Colossus and Cyclops.

A brutal and arcade-like hack and slash game from Capcom, Shadow of Rome is one of the most stylistically unique games on the list. This is an over-the-top slasher that feels more like a Devil May Cry game happened in Ancient Rome than anything else.

Assassin’s Creed games won’t stop until they’ve covered every point in human history, and Origins ticked Ancient Rome off its list with a 2017 entry. This is Assassins Creed, if you’ve played one game, you’ve played them all. So if you loved the previous installments, you’ll love this Roman-infused variant!

Yet another Total War game on the list, Atilla is probably the least Roman adjacent, mainly because rather than playing the empire at it’s height, like in most games, this puts you in control of the empire close to it’s fall. With Atilla and his Huns on the door step, and the Roman Empire divided, this is perhaps the most challenging Total War to involve Rome.

Koei, maker of Dynasty Warriors had seen the mixed success of games like Shadow of Rome and Spartan: Total Warrior, and decided to get in on the fun with Colosseum: Road to Freedom. This is a more combo-focused hack and slash that focuses on escaping from the life of a gladiator.

For more games lists and ideas on what to play next, check out 12 Best Games like RimWorld on Pro Game Guides.