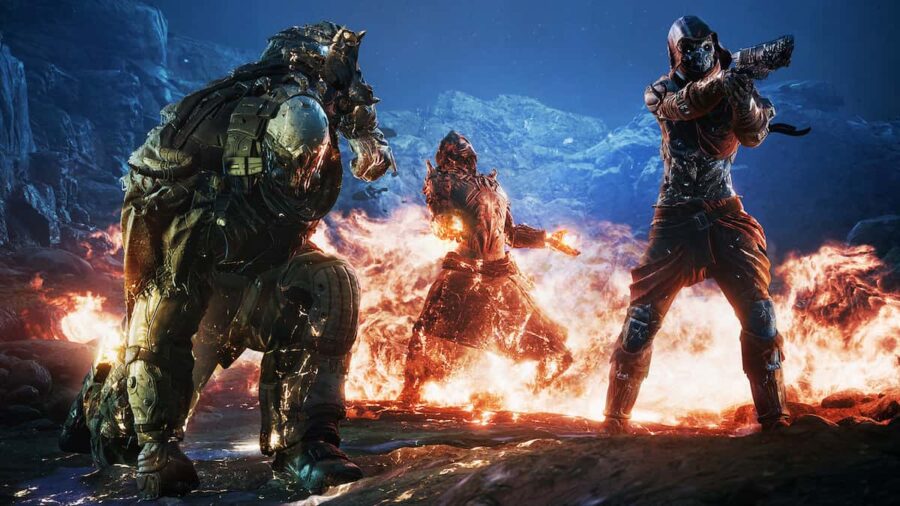 In the hellscape that is Outriders' Enoch, survival is at the forefront of everyone's minds. But for the Altered, life is less about survival and more about accruing power. Players have the option of four powerful Altered classes in Outriders with three subclasses per class.

It's difficult to say which class is "best" as it comes down to the individual build. That being said, it's very hard to top the Pestilence Technomancer, Tempest Pyromancer, Reaver Trickster, and Warden Devastator.

Related: How to Beat the Yagak Boss in Outriders: First Encounter

The Technomancer operates at a long-range and offers support via status debuffs and gadgets. The Pestilence Technomancer does this better than any other. By empowering its bullets and debuffing enemies, it can decimate foes unlike any other class. Its three subclasses are:

The Pyromancer is a medium-range class focused on all things fire. Direct fire, AoE fire, healing fire, all of it is made possible with the Pyromancer. The Tempest taps into its raging elemental abilities to incinerate everyone that would dare oppose it. Its three subclasses are:

The Trickster is a close-range specialist in hit-and-run tactics. Manipulating spacetime, they warp the battlefield as they see fit. The Reaver zips around dealing devastating damage and leeching the life of its victims. Its three subclasses are:

The Devastator fulfills the traditional tank role rather than being DPS-focused like the other classes. It is nigh unkillable as the Warden and can take a beating where the other classes would fall. It utilizes abilities that shape the very earth on which it stands. Its three subclasses are:

For more Outriders goodies, check out How to Beat the Yagak Boss in Outriders: Final Encounter on Pro Game Guides.