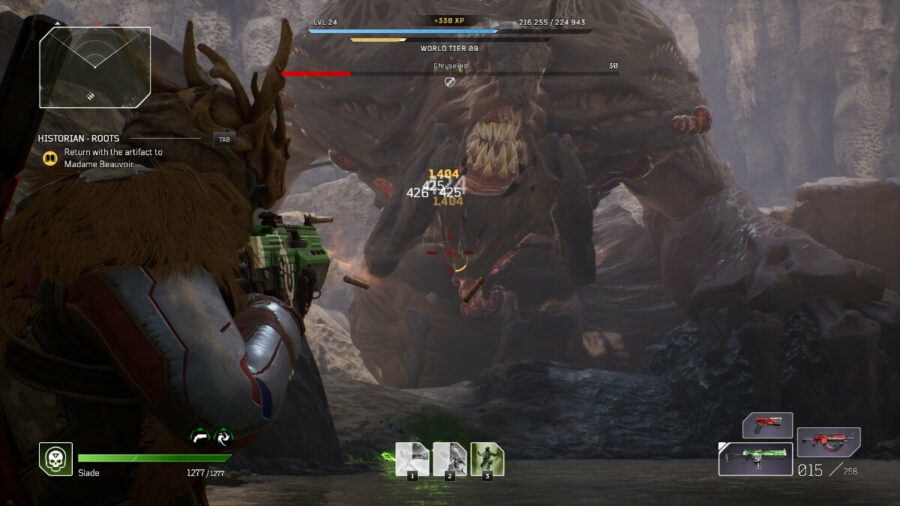 When you reach the forest in Outriders, this boss will rear its ugly head, and you will need to beat it, so here are some helpful tips for doing just that.

How to beat the Chrysaloid Boss in Outriders

To beat the Chrysaloid Boss in Outriders, you will need to first pick a long-range weapon like an assault rifle or LMG and assign only long-range skills. After this, the rest is just a matter of avoiding some of the Chrsaloid's dangerous attacks, which you can do really easily by dodging out of the way when you see read markers on the ground. However, for one attack where the boss shoots a red beam, you will need to seek cover and stay in cover for the attack's duration, as shown below. 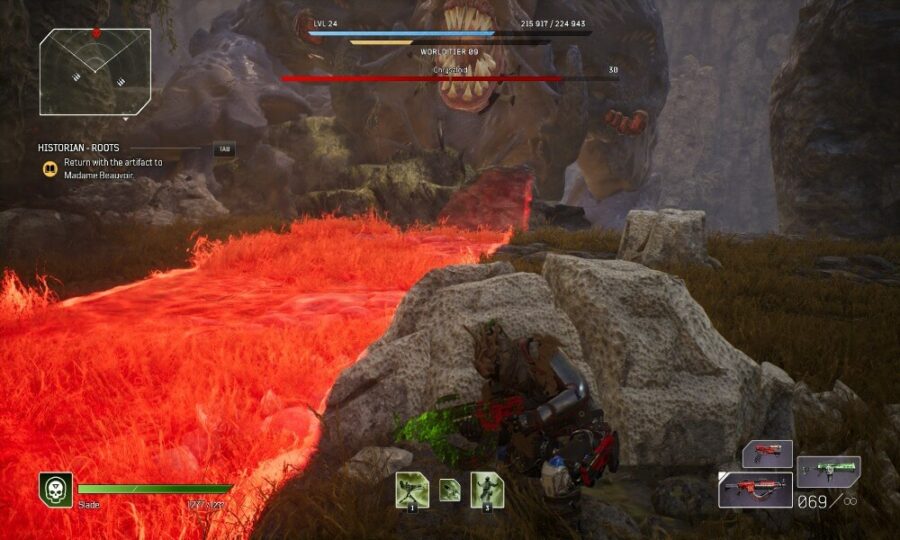 You can also find a tall rock towards the right of the area you are in, but this rock will do the job fine. Just stay in cover and don't aim your gun until the attack passes. Along with staying in cover, one thing you should be doing during this entire fight is to shoot at the boss's mid-torso, as shown below. 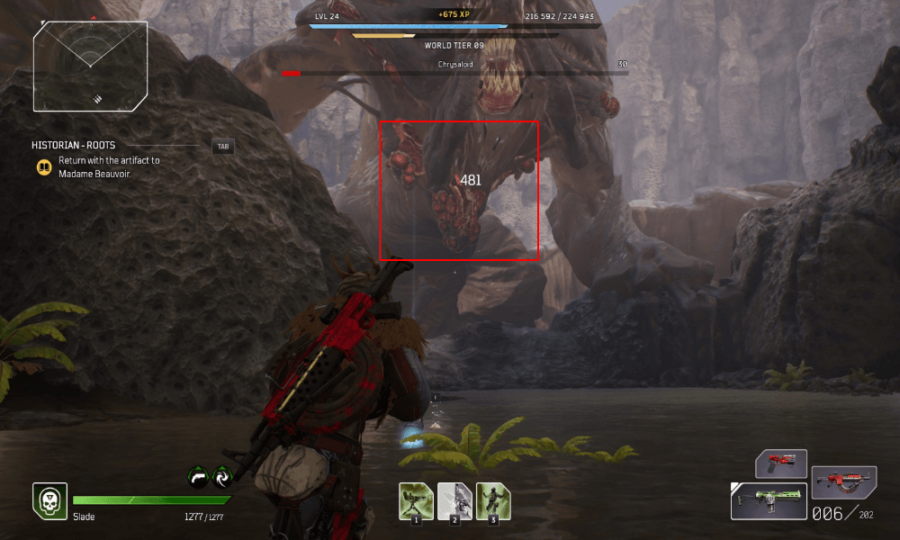 This is a case of the old boss has noticeable weak points, and in this case, if you fire at it you can do a ton of damage, so we suggest focusing on it to make this fight go by quickly. It would also help if you used a weapon with life leech and maybe a skill with a bullet buff like blighted, especially if you are a Technomancer. Combine this with some armor mods that extend and how long you can use that ability, along with buffing it, and you should be golden for the most part.

Related: How to Get Legendary Weapons in Outriders

This is because Phase two of the Chrysaloid Boss fight is in an open area, but overall it's not too hard as long as you don't forget to look down and doge attacks. The most challenging part about this fight is that some hard Strix enemies will spawn in groups, and you will need to kill these guys fast before they all fire on you. Luckily if you have something like blighted rounds, you should be fine during this point. 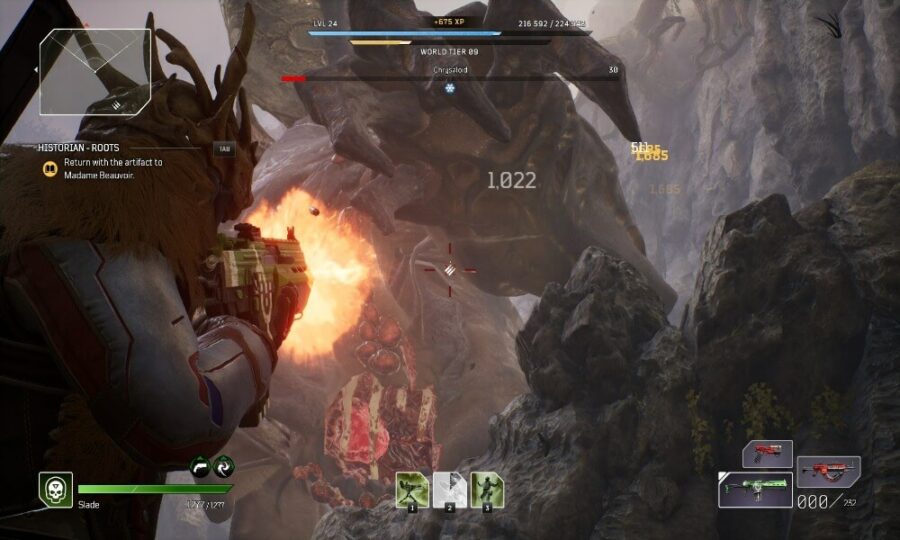 If you need any more help, here's a recap and some additional helpful tips for beating the Chrysaloid Boss, and if you still have trouble, we recommend bringing a friend along for the ride.