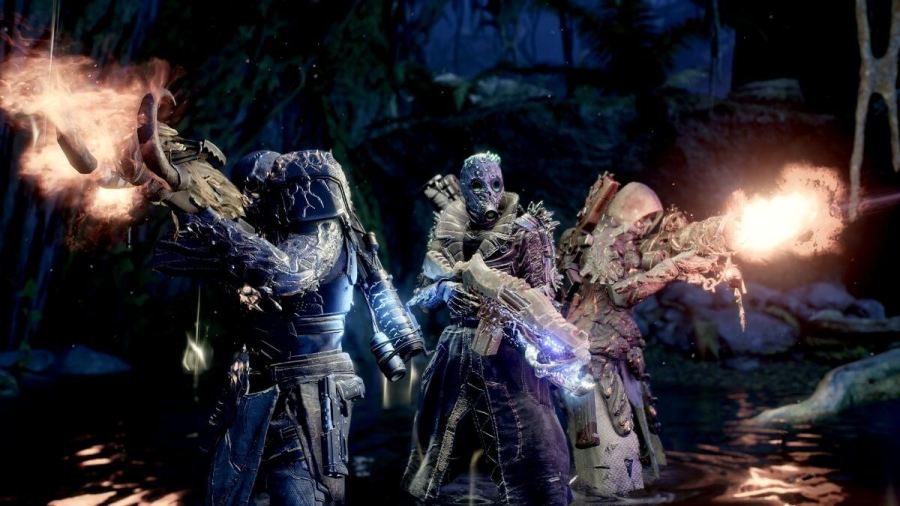 As you explore Enoch you'll be on the hunt for different types of gear, but Legendary Weapons are the best the game has to offer. They have additional buffs, mods, and attacks that will give you the edge you need when slaying powerful enemies.

Well for starters, they do not drop from chests. Instead, they are acquired by defeating certain enemies, re-running side quests, and through some guaranteed drops. The easiest way to increase your chances of getting a legendary weapon is to raise your World Tier. Each tier will grant a boost to your drop rate, with Tier 15 being the highest. At Tier 15 your legendary weapon drop rate is increased by 425 percent!

Farming stronger enemies and completing quests at higher tiers is the fastest way to find the best loot when you start out. The marksmen and captain enemies from the Terra Infirma side quest are great farming targets. Just start the quest and kill your marks. If you aren't lucky first round just die on purpose to respawn at a checkpoint and hunt some more—but only if you are willing to lose World Tier Experience. This process may take some time but eventually, you'll find one. At that point complete the quest to save, ensuring you'll have some killer loot to come back to.

Related: How to Level up World Tiers Fast in Outriders

Now, along the way, there are some guaranteed drops. The earliest ones come from the second Muloch fight and a Yagek fight. These will be extremely useful as you progress through the game. Completing all 10 Hunter side quests will also give you a legendary weapon as a reward. If you'd like to increase the quality of that drop, you can hold off on completing the tenth quest until you've reached a higher world tier. Speaking of tiers, you will receive a legendary weapon drop when you reach tiers 12 to 15.

Expeditions will unlock after you complete the main story. These missions offer the best opportunity for legendary weapons in the endgame. They have Challenge Tiers that increase your chances similar to the world tiers and a cache-based loot system. These systems together dramatically increase your drop rates. Clearing Expeditions will take some practice so take some time to gear up beforehand. Focus on increasing your tiers and you'll have a massive collection of legendary weapons in no time!

For more info on Outriders, check out How to Dismantle Weapons and Armor in Outriders!