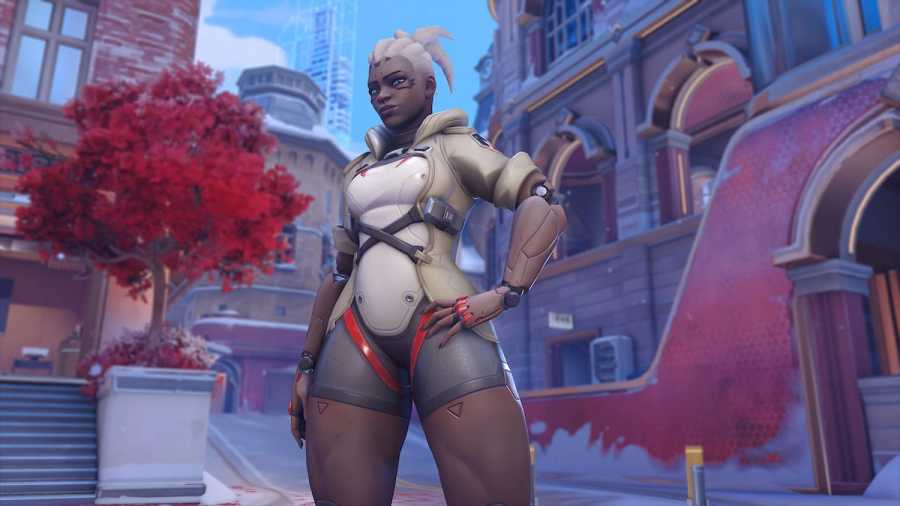 Despite being hit with multiple nerfs, Sojourn is still a strong hero in Overwatch 2. She simply doesn't match the godlike strength that she had before. Players won't be able to one-shot enemies with her secondary fire anymore. With a couple of gameplay tweaks, though, players can still shoot up the ranked ladder with Sojourn.

Since Sojourn lost her ability to one-shot 200 HP enemies, players will have to rely on her primary fire much more. This will also change the way players use her Overclock ability. Now, players can't essentially play back like a Widowmaker and pick off opposing DPS anymore. When using Sojourn's Overclock, players will still need to be in action, chipping down enemies to get them in range of her secondary fire.

Play closer to the mid-range

In the midst of all of these nerfs is an increase to Sojourn's primary fire spread by 28%. She won't get the effect of this buff at long range, though. Essentially, this makes her more effective in the mid-range if she sees the enemies clumped up. Now, instead of relying on her secondary fire for kills, she can rail down opposing DPS with her primary fire alone, saving the Railgun for other key targets.

Related: How to play Ramattra in Overwatch 2 – Abilities and Tips

Save Disruptor Shot for flanks

Disruptor Shot has always been a great tool to throw at choke points to hit multiple enemies at once. While it will still deal damage in this instance, it no longer slows enemies. This makes it slightly less useful as an engage tool (although it's still not too bad). Players might get more value out of it by saving it for flankers. If the Sojourn player sees a Genji or Reaper on the opposing side (which should be happening a lot), they can wait for them to attack and place a Disruptor Shot at their feet while they escape. The flanker hopefully will get caught in the shot and should go down with a couple of hits from primary fire.

Want more Overwatch 2 guides? Pro Game Guides has you covered with Who won the Overwatch Championship 2022?