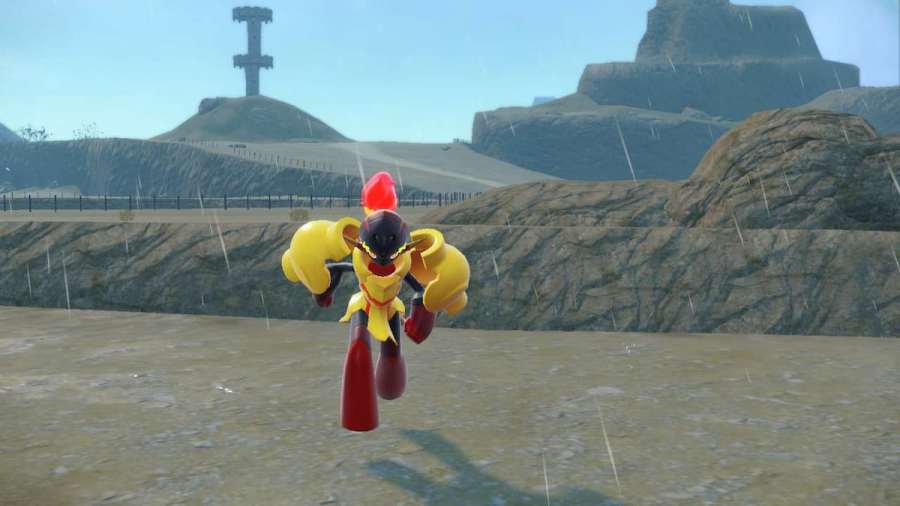 Both Armarouge and Cereledge can fit on the most competitive teams in Pokémon Scarlet & Violet. This is due to high Base Stat Total and good Typing. Armarouge has a higher HP stat, allowing it to tank more hits that aren't super effective and many support moves. This makes it very valuable in the Doubles format while also being able to deal lots of damage. These are the best competitive builds for Armarouge in Pokémon Scarlet & Violet.

Armarouge can be built in many different ways and some moves will only see use in specific team compositions. Trick Room, for example, has its uses when paired up with Pokémon with a low Base Speed stat but can also be used to counter other Trick Room teams. There aren't many useful moves it can learn from Breeding or with the Mirror Herb, so getting the right moves on it is pretty straightforward. These moves can all be divided up by whether they help Armarouge to do damage or to support ally Pokémon. These are the best options it has and why they are so important.

Much like figuring out the best Nature for a Pokémon, how a player decides how their Pokémon is EV trained will be different depending on how they are using them. Armarouge is bulky and can be EV trained to take advantage of that in HP, Defense, or Special Defense. Alternatively, Armarouge is a good Choice Scarf or Choice Specs user and can be EV trained entirely in Speed and Special Attack. In Psychic Terrain, Expanding force will hit hard for an offense set, while some might want Armarouge to set up Trick Room, making a defensive set more appealing. Here are some example sets:

Paired with Indeedee, Armarouge can have Psychic Terrain up and deal 80% additional damage to both Pokémon on the opponent's side of the field. Choice Specs increases this damage by an additional 50%, while Choice Scarf will try to ensure that Armarouge moves first in the battle.

The STAB moves are just preferences, but Armor Cannon is hard to pass up. Lum Berry can counter Spore or Hypnosis using Pokémon while Sitrus Berry tries to keep Armarouge healthy. Light Clay will increase the turns that Reflect and Light Screen are active. The lowered Speed Natures are for Trick Room teams and can be switched out for Bold or Calm Natures to get that Speed back. The idea is to be an annoying support Pokémon and then, when targeted down, use Destiny Bond to take out an opposing Pokémon.