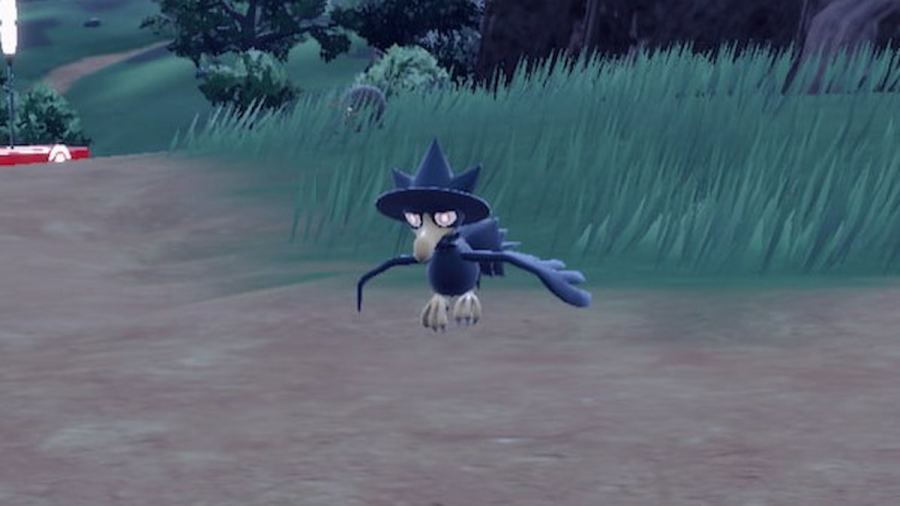 Murkrow has one of the best support Abilities, Prankster, and can be EV trained to be very bulky. The item Eviolite will increase unevolved Pokémon's Defense and Special Defense by 50% and pairs well with Murkrow. It has access to many strong Status moves that will get increased priority in battle that can help with speed control, debuffing Pokémon, or diverting attention. There is a good reason why Murkrow is so popular, and these are the best competitive sets for it in Pokémon Scarlet & Violet.

Murkrow doesn't have as large of an Attack or Special Attack as its evolution, Honchkrow, but makes up for it with valuable support moves. To get its Hidden Ability, players must use an Ability Patch on their Murkrow, giving them Prankster. With the increase in priority for all of its Status moves, Murkrow becomes very effective in debuffing enemy Pokémon and buffing its own allies. Its moveset will depend on what each player's team needs, but these are the best moves it can learn:

When deciding how to EV train a particular Pokémon, a lot of it comes down to what purpose the Pokémon serves on the team. Murkrow's role as a Support Pokémon makes it so investing in Attack, Special Attack, and Speed isn't needed. Whether Defense or Special Defense is needed depends on how well the team can deal with Physical or Special attackers. Teams with Intimidate or Reflect will make it so Defense EVs aren't as needed. These are some example sets for Murkrow and how to use them effectively in a team.

Moving first in a battle will give players the upper hand in most scenarios, and Tailwind will double the entire team's speed. This can keep players from having to put EVs into Speed for other Pokémon because Tailwind is rarely ever going to be prevented from being used. Haze can be used to reset the stats of partner Pokémon using Overheat or Close Combat or shut down stat boosts from the opponent's side. Foul Play is Murkrow's best source of damage but Snarl and Thunder Wave as well.

Related: How to EV train your Pokémon in Scarlet & Violet

This moveset aims to debuff opposing Pokémon until they can hardly do damage and then use Mean Look to prevent them from switching out. This can allow ally Pokémon to use their own setup moves safely. A critical hit will override stat changes, but with the right setup, this can be remedied with healing moves or Abilities like Shell Armor. Screech can also be used before the ally Pokémon moves to guarantee to do more damage against the opponent's Pokémon. Alternatively, overwhelming the opposing Pokémon with both Thunder Wave and Confuse Ray can make it very difficult for them to even get a move out, to begin with.