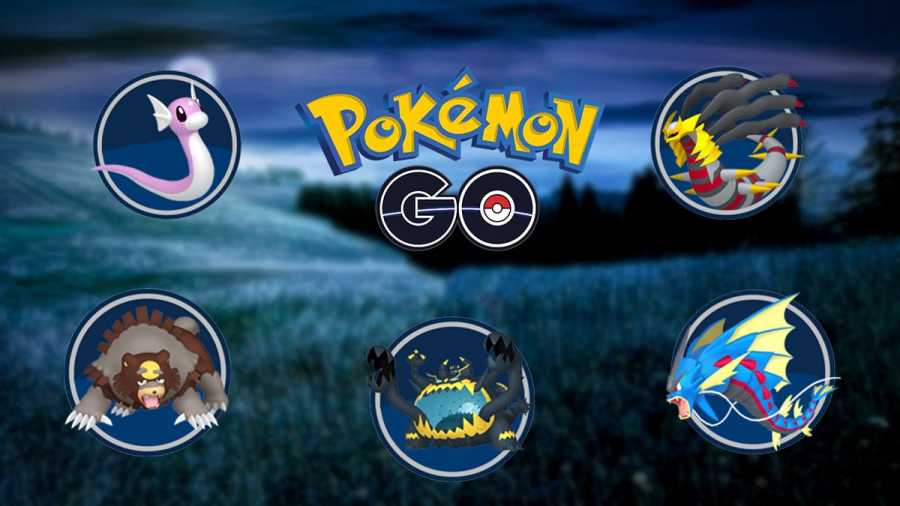 The month of November 2022 is packed with content in Pokémon GO. There are some debut Pokémon, including a new Ultra Beast, for players to nab for their Pokédex and more than a few events that will happen throughout the month. This guide will walk players through the Raids Hours, Spotlight Hours, Raid Rotation, Research Breakthrough, and events happening in Pokémon GO during November.

Pokémon GO's November 2022 Raid Hours will feature Giratina (Origin Forme), Guzzlord, and Nihilego. There are no pre-announced special moves for these Raid Bosses, but they are still worth the battle. Guzzlord is especially notable since it has not appeared in the game until now. Some players may also need to grab Nihilego as its prior appearances have been during events and celebrations.

Giratina has been appearing in Raids since October, but it is worth taking all the opportunities to battle and catch this Pokémon as its shiny form is available when encountered after the battle. Giratina's shiny form has come to Pokémon GO multiple times, but it remains one of the most sought-after in the game.

Guzzlord will be making its Pokémon GO debut in November 2022 and will be around in raids for an entire week (it will also be featured in two Raid Hours), and while it may not be the best Ultra Beast for PVP in the game, it is certainly a monstrous Pokémon that trainers will want to add to their Pokédex. Guzzlord's shiny for will not appear in November 2022, but that will likely change in the future.

Nihilego was the first Ultra Beast added to Pokémon GO and has returned a few times since its debut. There isn't much special about the Nihilego Raids this time around, so players that have already caught this Pokémon don't need to go out of their way to grab it this time. Its shiny form is still unavailable in the game and it doesn't come with any powerful moves, aside from its normal moveset.

Related: How to Catch Zorua in Pokémon GO

There are some interesting Spotlight Hours in November 2022 in Pokémon GO. Each Spotlight Hour will increase the spawn rate of the featured Pokémon, giving players more chances to catch a shiny version if they are available. The Spotlight Hours will also each feature a special event bonus for players to take advantage of, which is usually pretty beneficial.

Croagunk will be available during the month's second Spotlight Hour. Players will be able to encounter the shiny form of this Pokémon. This is a good chance for players to gain XP and take advantage of the Event Bonus as well.

Porygon will be the third featured Pokémon in the month's Spotlight Hour lineup. This Pokémon's shiny form will be available, though many players likely have the shiny since Porygon was featured in a previous Community Day event.

Petilil is featured in this month's Spotlight Hour, and while its shiny form is seemingly not available, it is still worth catching this Pokémon. With a great Event Bonus, players can rack up Petilil Candy to evolve into Lilligant or save up for when Hisuian Lilligant is added to the game.

Hoothoot may not be the coolest of Pokémon, but its shiny form is worth hunting for. Hoothoot doesn't appear too often in Pokémon GO, so players should take this opportunity to shiny hunt. This will also be a great time to use a Lucky Egg and evolve lots of Pokémon to take full advantage of the Event Bonus.

Related: How to clean out your Pokemon GO storage - What should you keep?

November is a great time to rack up Mega Candy for Gyarados, Banette, and Houndoom. These Pokémon and very powerful and don't come around too often. They will be difficult to take down, but it is also a great opportunity to catch the shiny form of these Pokémon.

There are some powerful Pokémon, and some great shiny forms, appearing in Five-Star Raids this month. Giratina (Origin Forme) and the Ultra Beasts Guzzlord and Nihilego are well worth the Raid Pass.

There are several events happening in November 2022 and plenty of chances to catch exclusive and shiny Pokémon. There are some Pokémon, like Pokémon Legends: Arceus' Ursaluna, also making their Pokémon GO debut.

For more on Pokémon GO, check out How to Get a Rainy Lure Module in Pokemon Go here on Pro Game Guides!