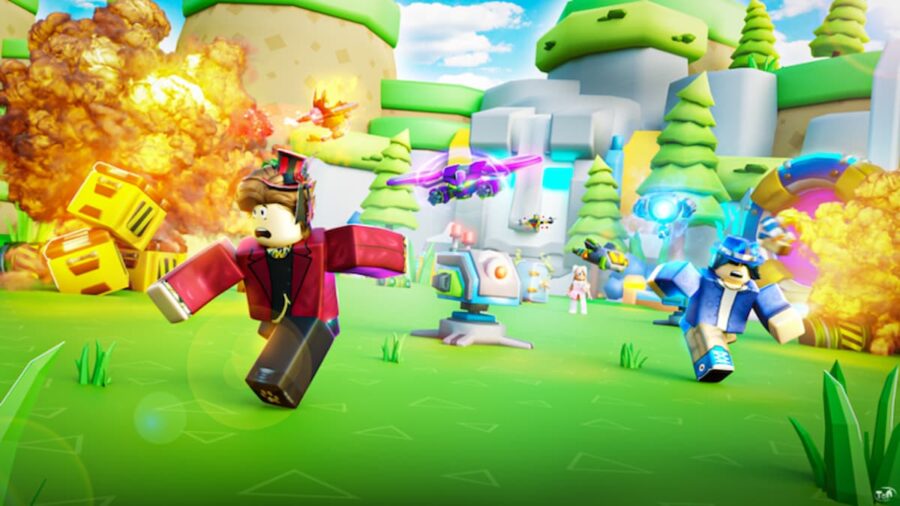 In Minion Simulator, you are given a drone and told to destroy props, safes, and sentries to earn money. As your drones destroy the items, you gain Gold and Gems, which you can use to upgrade your drones and unlock new areas. Gems are used to upgrade your character and drones, such as their destroy time or range when collecting Coins and Gems.

The codes below can help you gain more Coins to spend on new areas to unlock or more drones to fight for you. When games first start, they only come with one or two codes, but as they reach milestones like followers, likes, or favorites, more codes are normally released. Continue to check back here for more codes.

For more codes for games like Drone Swarm Simulator, check out Minion Simulator Codes, Roblox Dogecoin Mining Tycoon Codes, and Roblox Ore Tycoon 2 Codes. The codes will give you an easy boost in the game.

Here's a look at all the working Drone Swarm Simulator codes.

These codes for Drone Swarm Simulator no longer work.

Here’s everything you need to know regarding Drone Swarm Simulator codes.

How to redeem Twitter Rewards on Drone Swarm Simulator

Remember that it may take up to an hour before your follow will be registered in-game.

When you start the game, you see a portal with a lock that you can unlock later on. You need to unlock two more zones for 1,750 Gold and then 8,000 Gold. Then, you’ll see another portal that you can unlock for 50,000 Gold. When you unlock that portal, you can use the big portal in the beginning of the first world to reach the highest unlocked world.

How can you get more Drone Swarm Simulator codes?

You should bookmark this page and return to it frequently if you want to get codes. As codes are released, we will update the page to keep you informed. The developer can also be followed on Twitter and Discord. When developers are getting ready to release new codes, they usually announce them on Discord first, followed by revealing the code on Twitter.

Keep in mind that as the experience ages, more codes will be released. We will continue to update this page as more codes are added.

You will not be able to use your codes if you enter them incorrectly. If you enter a code manually, it's easy to mess up, so we recommend copying and pasting it into the text box to ensure it's entered correctly. Please let us know in the comment section if your code still appears invalid, despite entering it correctly. Whenever a code is mentioned in the comments, we check it to see if it has expired, and we update the article accordingly.

What is Drone Swarm Simulator?

The objective of Drone Simulator is to unlock portals and move through more zones and worlds to get more Coins. The higher the zone you’re in, the more Coins your drones will gain from destroying props, safes, and sentries. There are many drones to unlock, which require going to different zones and paying Coins to unlock capsules. The more expensive the drone, the more useful it will be. You can have up to four drones.