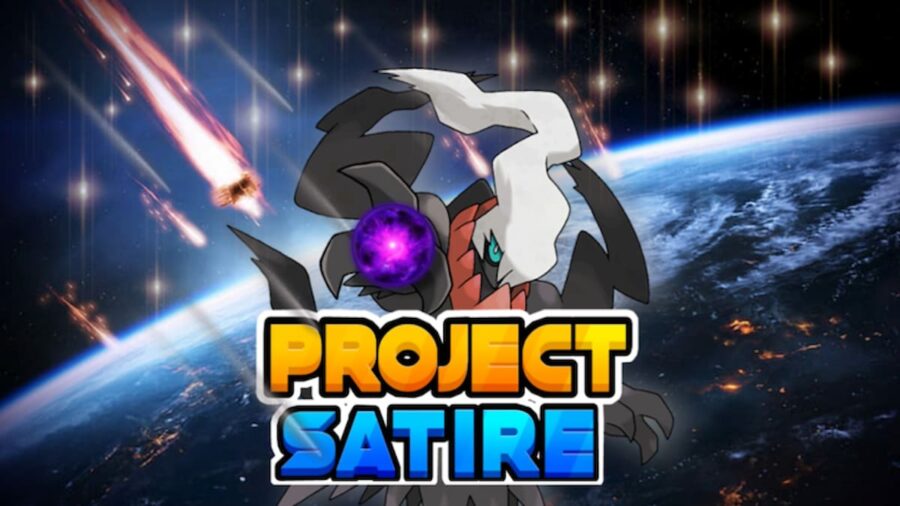 Combine all your favorite Pokémon experiences in Project Satire! From the unforgettable turn-based fighting system to the legendary designs of all the dragon-type Pokémon, this game will have something for all Pokémon fans. Team Rocket and Gary are always lurking around some corner to catch you when your Pokémon are at their lowest health, so pack those extra Potions!

The codes in Project Satire will give you rare, shiny, and legendary Pokémon. If you want to be overpowered from the beginning of your journey to take on those early challenges, make sure to claim these codes!

Pokémon-inspired games in Roblox are meant for fans to catch all types of Pokémon and use them in battles with other players online. If you want to level up as a trainer sooner, claim these codes to help you in Roblox Doodle World Codes, Roblox Pet Fighting Simulator Codes, Roblox Monsters of Etheria Codes, Roblox World // Zero Codes, and Roblox Dragon Adventures Codes.

New Pokémon to claim with these codes.

Here’s everything you need to know regarding Project Satire codes.

How to Redeem Project Satire Codes

It's easy to redeem codes for free rewards in Project Satire. To do so, follow the instructions below.

How can you get more Project Satire codes?

To get the latest codes from the developer Noob Luvers! ^_^ join their Roblox Group Project Legends Wall and their Project Satire Discord Server. We here at Pro Game Guides have all the codes you need for Project Satire, so make sure to save this page and often return to claim all the codes as they are released!

There are a few reasons why your Project Satire codes might not work. These codes may have missing punctuation, or they might have spelling errors. To ensure these codes are correct, copy and paste the codes from our list. These codes could be expired. Codes are time-sensitive, so make sure to claim them as soon as you see them on our list, and if you find a code on our list that is expired, let us know in the comments below so we can update our list.

Where to find the Professor Oak package in Project Satire

To find the Professor Oak package in Project Satire, you must complete your first battle with Gary. Once you have defeated Gary, speak to Professor Oak to do your first quest. Professor Oaks package that you will need to get him is on Route One, lying north of the town you started in. There will be a marker to speak to the shop attendant in a Pokémart. Collect the package from the attendant behind the desk and make your way back to Professor Oaks' lab, and he will reward you with 5 Pokeballs.

What is a Project Satire game?

Project Satire is inspired by the turn-based battle system of the early Pokémon games like Red and Blue. Catch and train Pokémon to become the best trainer in the game. Defeat all the gym leaders to get your Trainer Badges and show them off to other players as you climb the leaderboards.