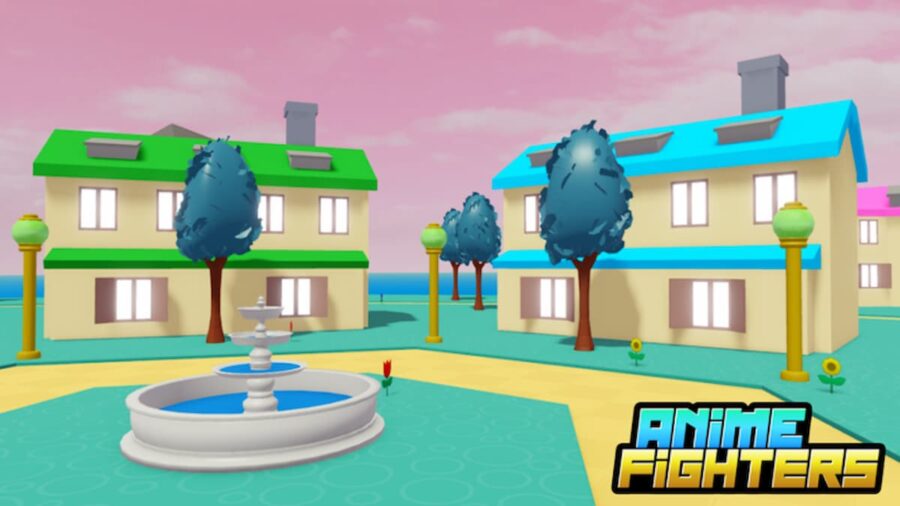 Anime Fighters Simulator is a fantastic game that should not be missed by players of Roblox who enjoy anime battles. As you play the Anime Fighters, you'll go to different anime-inspired worlds, like Super Island, based on Dragon Ball Z, and Ninja Village, inspired by Naruto. You aim to build the strongest team in the world by using Yen to summon anime fighters! You'll instantly recognize some of the fighters from your favorite animes, such as Master Roshi, Vegeta, and Super Saiyan 2 Gohan from Dragon Ball Z. Unlock new worlds, and get more anime fighters from Naruto, One Piece, and more!

Here you will find Pro Game Guide's up-to-date Roblox Anime Fighters Simulator codes list comes into play. The codes in the list below can be redeemed for a number of items, such as boosts for Luck, and if your luck is amazing, you may even get a Shiny! As well as Tickets to go on raids and other awesome rewards. Use these to summon the best units and combine them to make the ultimate Roblox Anime Fighter!

Here are all of the working Anime Fighters Simulator codes.

The Anime Fighters Simulator codes listed below no longer work.

It’s easy to redeem your codes in Anime Fighters Simulator. To redeem the codes:

Some codes only work if you are part of Sulley's Roblox Group, so join that group for the best bet to get all of the codes to work!

Whenever you enter a code manually, there is a danger of adding extra letters or numbers accidentally. We recommend that you copy the code from here and then paste it into the text field instead.

If you are sure that you haven't misspelled the code, then it may have expired. If this happens, please let us know so that we can move it to the expired section.

Lastly, there could be a possibility that you have already redeemed the code before, in which case you can't redeem it again. It's easy to do, as some codes are very similar.

If any of the codes we listed here do not appear to be rewarding you, please comment and let us know. We will double-check them as soon as possible and update this guide if needed.

To get a free, permanent boost to your Anime Fighters Simulator adventure, you need to follow @RealDaireb and @BronzePiece_ on Twitter. If you do not, then this will not work.

Once they have been following, head to the first starting island, Super Island, and to the right of the entrance to Ninja Village, you'll see a notice board with a yellow button saying 'Verify.' Hit that button, and enter in your Twitter username, including the @ symbol. Then click 'Verify' again to get a permanent boost!

How to get more Anime Fighters Simulator codes

The best way to get codes is to look at the developer's Twitter account to stay updated with the latest codes as they come out. You can also join their Discord to possibly get codes for Anime Fighters Simulator just by being a part of their community.

Roblox developers typically add new codes when they reach certain milestones from the community, getting a certain amount of likes, for example. To stay up-to-date on codes, please check out this page regularly. We strive to keep up with the new codes and test them regularly to ensure that you always have the best.

What are Anime Fighters Simulator codes?

Anime Fighters Simulator codes give you free rewards for using them. These are generally in the form of different boosts that can increase your luck, for a higher chance to get Legendary or Mythic anime fighters or even the fabled Shiny variants.

Sometimes they give you Yen, which you can use to summon new fighters and combine them to make them stronger, or use your Yen to unlock new worlds where you can acquire more of your favorite anime fighters.

What is Anime Fighters Simulator?

Anime Fighters Simulator puts you in charge of your team and allows you to experience the most exciting and addictive part of anime, the action-packed fighting. Gather a team of the strongest fighters in the universe, train them well until they are one of the best teams in the universe, and discover new worlds.

Click to defeat your foes, as your fighters will begin charging up their special attacks to devastate your foes in style! Aim to build the best team of anime fighters to explore, conquer new worlds and defeat all the enemies on them! It truly is the perfect game for Roblox fans and anime fans alike.

The creator of Anime Fighters Simulator, Sulley, updates the game often, adding new mechanics and features to the already popular anime title. Here's everything that was added/changed in the latest update.

What do passes do in Anime Fighters Simulator?

Passes are permanent boosts you can buy from the Anime Fighter Simulator store. These are purchased with Robux and will give you an endless buff to your character. It'll increase things such as luck, backpack space, your EXP, and other cool things like being able to teleport! Below, we'll list what each one does to help you in Anime Fighter Simulator.

If you are in the market for some more codes for your favorite Roblox games, we have many them in our Roblox Game Codes post. You can also get a bunch of free stuff via our Roblox Promo Codes page.