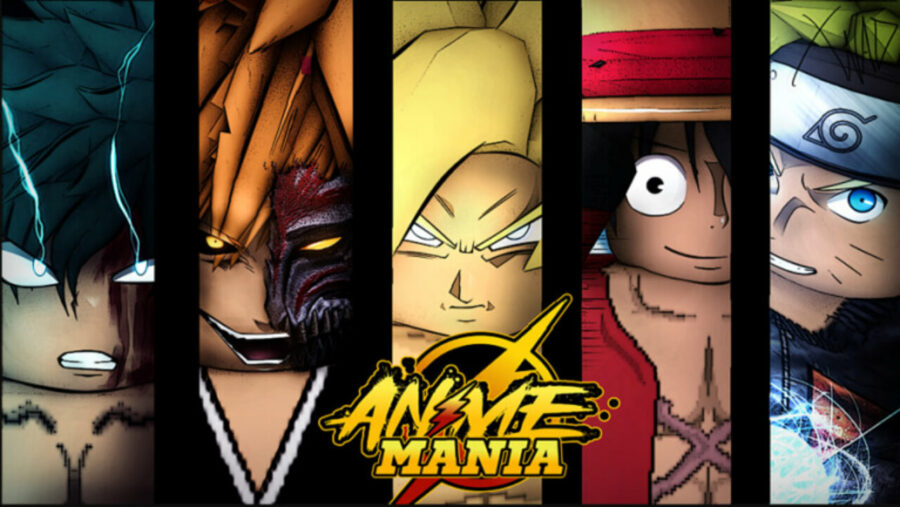 In the age of multiversal mashups, Anime Mania is one of the most unique anime experiences on Roblox. Inspired by all-time greats All Star Tower Defense and Ani-Blox Legends, Anime Mania shifts away from the top-down tower defense genre and toward a third-person beat em up. Yes, your favorite anime characters from Naruto, One Piece, and Dragon Ball  are all still here.

Chances are you're here for more Gems and Gold, aka the essential currency needed to spend on rolls for a chance at summoning your favorite characters. Like most gacha games, acquiring building your favorite team takes luck, so you'll need all of the Gems and Gold you can get. That's where our free codes list come in.

After a long hiatus, Anime Mania returns to Roblox under new direction from developer Mxstified. Regular updates and codes are incoming, but it's been a long time since we've all played Anime Mania. Why not brush up your skills with guides like our Roblox Anime Mania Tier List and Roblox Anime Mania: Best Way to get Gems & Gold? If you want to branch out into more anime-inspired Roblox games, we've got code lists for All Star Tower Defense Codes, Roblox Blox Fruits Codes, and Roblox King Legacy Codes.

Two new codes have released for Anime Mania in celebration of the game's revival on Roblox!

Here's a look at all of the working Anime Mania codes.

How to Redeem Anime Mania Codes

Redeeming codes for free rewards in Anime Mania is easy. To do so, follow the steps below:

How to get more Anime Mania codes

If you're looking for more Anime Mania codes, the best place to look is developer Mxstified's Twitter account, since they are now in charge of game development. The next best place is to join the Anime Mania Discord server, which is a dedicated community where you can receive regular game updates, code announcements for Gold and Gems, and participate within a group of like-minded anime fans.

Of course, we suggest bookmarking this page for new Gold and Gem Anime Mania codes since we update our list as soon as we discover new codes!

Keep in mind that we aren't in charge of creating the codes. This process is entirely up to developer Mxstified and the larger Anime Mania studio, Anime Legend Studios. Usually older codes expire when a new update rolls out, bringing new codes along with new content. If you were late to the older code, it's very possible that the developers switched the rewards off.

Please keep in mind that codes are case-sensitive, meaning you must copy and paste each code exactly as it's written on our list. Even a slight press of the space bar, or an improper capital letter, can result in the code not working.

Anime Mania is a unique Roblox experience that combines the best anime characters into one game. What makes this game different, however, are the beat em up genre mechanics. This is a third-person action game where players must build a team of powerful anime characters and use strategic combos to defeat high-level enemies. Anime Mania uses a gacha system to unlock new characters, so players must save their hard-earned Gold and Gems for the Dragon Ball, My Hero Academia, One Piece, and more that they most wish to add to their roster!

Looking for a new Roblox game to try? Take our quiz on What Roblox game you should play! If you're looking for codes for other games, we have a ton of them in our Roblox Game Codes post! You can also get a bunch of free stuff via our Roblox Promo Codes page.