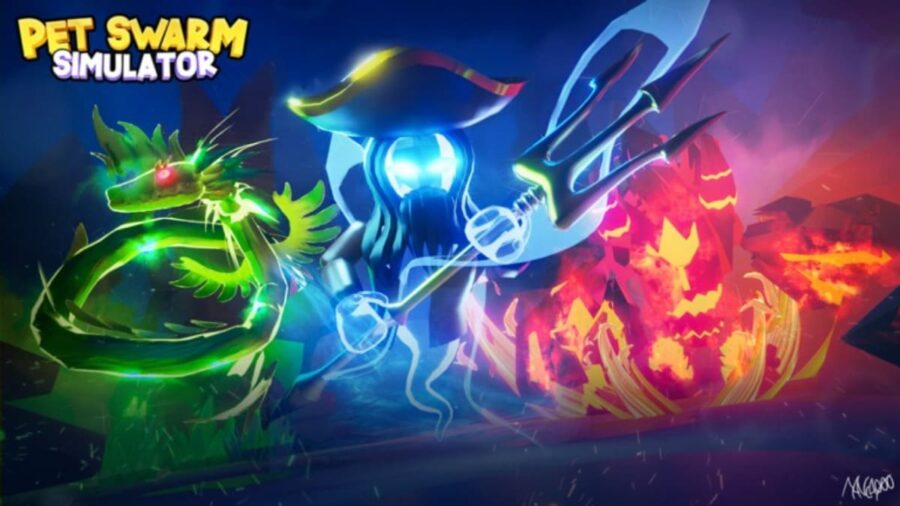 If you're a Roblox fan looking for an exciting adventure, you'll love Pet Swarm Simulator. This adventure title has players exploring Pet Swarmia and fighting enemies on an epic journey. While the premise alone is enough to draw new players in, the codes this game offers will make the experience even more fantastic!

The Pro Game Guides Roblox Pet Swarm Simulator codes list offers a catalog of updated resources players can add to their account for in-game rewards! Free Coins, boosters, pets, and more await those willing to put the listed codes in for easy bonuses.

Page Updated. No new codes added but we'll let you know when a new code appears!

Pro Game Guides regularly updates this page with the most recent codes in Pet Swarm Simulator, categorizing the codes that work and those that don't. Make sure to redeem the codes below as soon as possible, as they could expire before you know it! Pro Game Guides tests these codes before publication for authenticity. If any of the included codes doesn't work, let us know in the comment section below so we can adjust the page as needed.

Please enter the code exactly as it is listed, or it might not work correctly!

You can see all of the working Pet Swarm Simulator codes below.

The following Pet Swarm Simulator codes no longer work and are invalid.

To redeem codes in Pet Swarm Simulator, open the game and press the Codes button located on the right side of the screen. Once players open the Codes menu, they'll have a separate window where they can enter codes for rewards. Once players enter the codes, pressing the Confirm button will apply the bonuses to your account.

What do I do if my Pet Swarm Simulator Codes don't work?

If you're having trouble with code redemption on Pet Swarm Simulator, copy codes directly from this page, as any incorrect character makes the codes invalid. If you've entered the codes correctly and it still isn't working, that may indicate that the code is no longer valid. Codes are constantly cycled in Pet Swarm Simulator, meaning these rewards are limited.

What is Pet Swarm Simulator?

Pet Swarm Simulator is an action-adventure title where players embark on a quest to take down the Evil Dark Wizard and free the pets of Pet Swarmia held captive by the evil mage. Takedown enemies, collect pets, hatch eggs and find rare pets to add to your collection on your quest to become the most potent avatar in Pet Swarm Simulator.

See Roblox Action Figures on Amazon
Get Roblox codes and news as soon as we add it by following our PGG Roblox Twitter account!