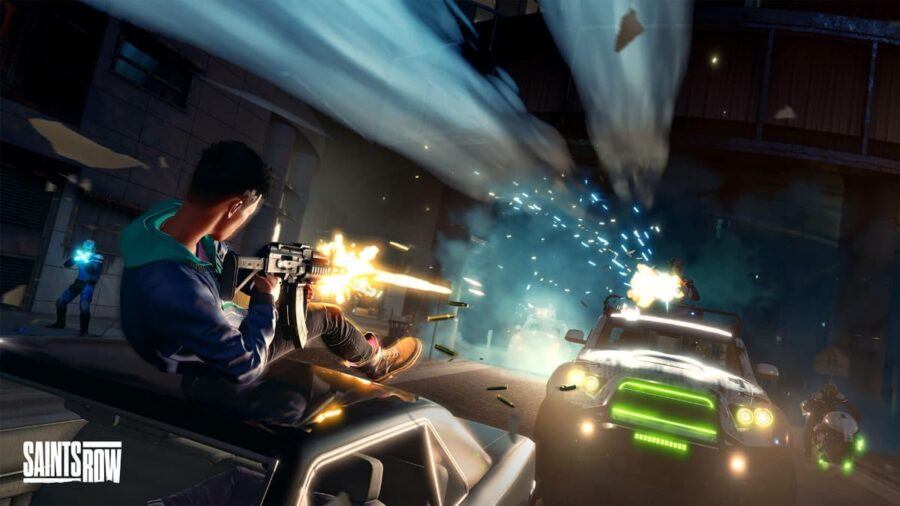 If you are wondering if the Saints Row 2022 reboot will support cross-platform play, the answer is no. In short, the official Saints Row Twitter account confirmed that the game in its current state would only support cross-generation and not cross-platform play. This means that users on different systems will not be able to play with other players. For example, Xbox users can not play with PlayStation users and vice versa. Because of this, if you want to play with a friend in the Saints Row reboot, you both must be on the same console.

However, since Saints Row supports cross-generation play, players who are on different consoles but in the same console family can play together. This means that if you are on a PS4, you can play with your buddy who is on a PS5, and it's the same case for Xbox users.

How does Saints Row co-op work?

During co-op, players can complete missions and explore the world in Saints Row with few limitations. This is because the co-op in the Saints Row reboot is untethered, so if the host or joining player wants to go off on their own, it's entirely possible. Any progress players make while in co-op will also carry over into their own games, making the co-op experience a worthwhile activity for both parties.

However, if players play a mission that is ahead of their current progress, they don't need to worry, as the game will not force them to replay it. In short, once players reach the part they completed in their friend's game, the mission will be marked as completed.

For more on Saints Row, we at Pro Game Guides have you covered with Saints Row Boss Factory – What is it? How to download and customize your character and Saints Row gameplay revealed at The Game Awards.