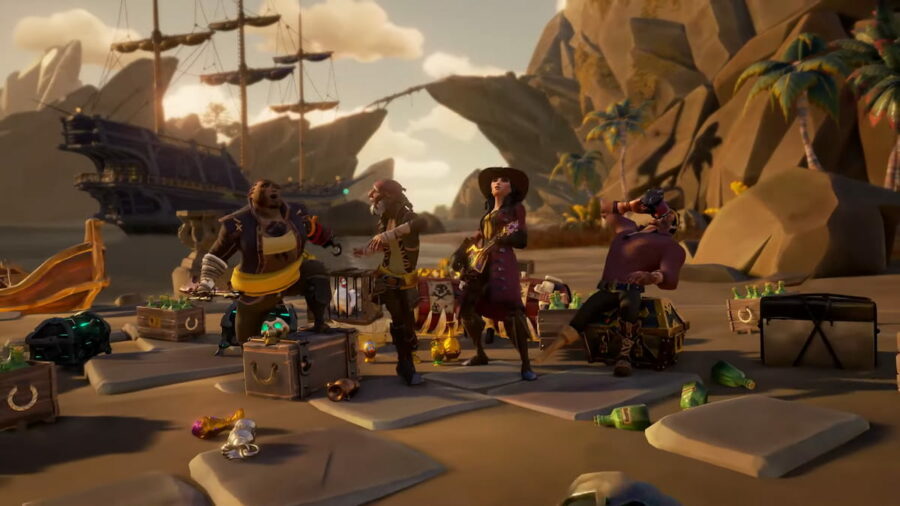 Sea of Thieves has become an extremely popular multiplayer game and satisfies the urge to play as a pirate. You are free to play solo, with randoms, and alongside friends as you sail the seas and get into mischief. While Sea of Thieves is played in first-person perspective, you may be wondering if you can play Sea of Thieves in third-person.

Is Sea of Thieves Third Person?

Related: How to fix KiwiBeard error in Sea of Thieves

For a game all about cosmetics, this is a missed opportunity because you cannot see your character hardly at all. This means any hairstyle, clothing, accessories, and more that you earn can only be seen by other players for the most part.

There has been no word from the developer is a third-person will be added, but it would certainly allow players to enjoy the game the way they want. That being said, putting Sea of Thieves in third-person may ruin the immersion or make it harder to be sneaky.

Can you play Sea of Thieves in Third Person?