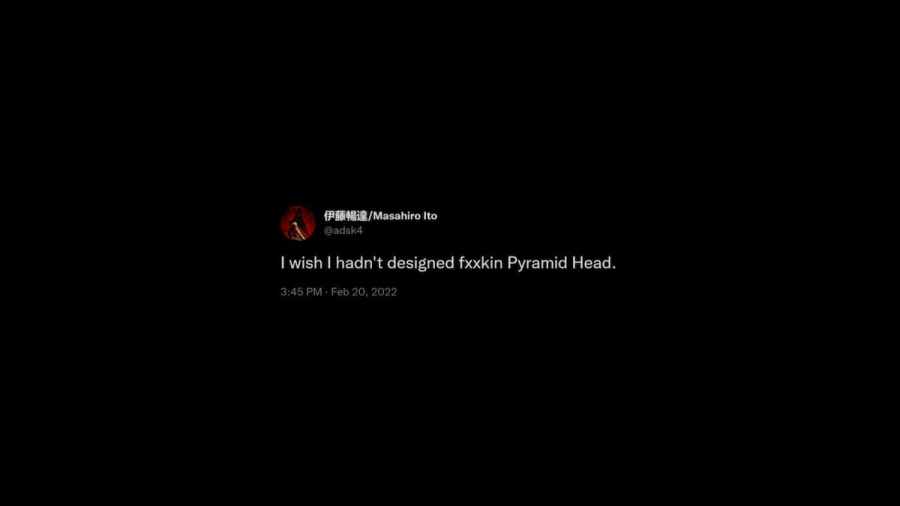 Silent Hill is one of Konami’s most neglected franchises, especially if you ask the fans of the series. So when a fan noticed that Konami’s ownership on the domain silenthill.com had lapsed, they snapped it up. Now, heading to the website, you’ll be greeted with a tweet reading, “I wish I hadn’t designed Pyramid Head.”

The Feb. 20, 2022 tweet was made by Silent Hill artist and designer who worked with Team Silent on the Silent Hill franchise. He is credited as the designer behind Pyramid Head.

The change was first noticed by ohmygodiamonfire on Feb. 28, before going viral over the next few days. In their tweet, ohmygodiamonfire explained that the domain had been bought several months ago and changed to an image of Pyramid Head reading “He Was First” before being changed to its current state a few days ago.

Silent Hill fans perhaps have a good reason for supporting such negative sentiment about the series. Konami canceled the last installment in the franchise in 2016. Silent Hills had been in production by Kojima Productions.

The preview and demo for Silent Hills, known as P.T, was released on the PlayStation Store in 2014. However, it was subsequently removed and blocked from running on PlayStation 5. Silent Hill fans have been waiting for news on the subject ever since.

Masahiro Ito has never clarified his comments about Pyramid Head but has stated that he has received several angry replies to the tweet.

For more Konami news and information, check out Classic Konami Games are coming to PC via GOG on Pro Game Guides.