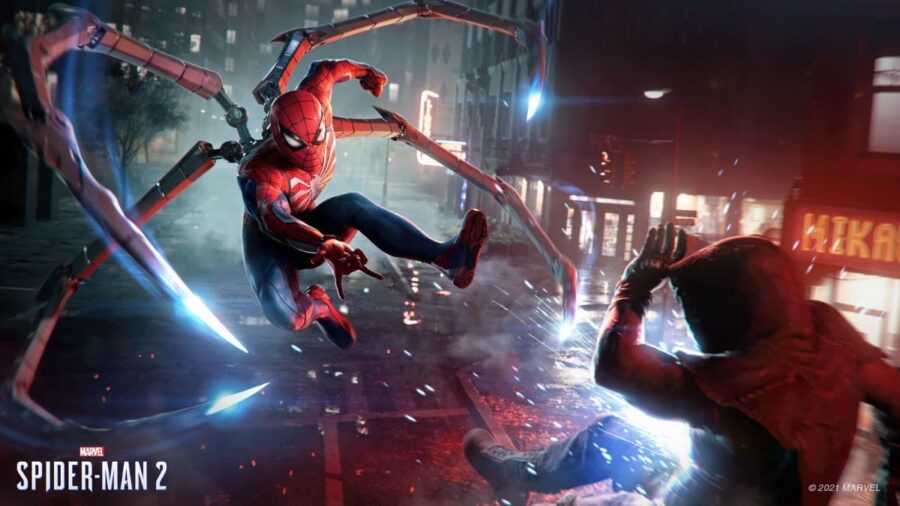 Few PlayStation 4 exclusives were are popular and beloved as Marvel's Spider-Man (2018) was. This title reinvigorated superheroes in video games, tying in excellent mechanics, combat, and a heartfelt story. 2020's Marvel's Spider-Man: Miles Morales built upon that with a new hero in the same universe. Now a true sequel has finally been unveiled.

Related: Star Wars Knight of the Old Republic is Being Remade for PS5

The 2021 State of Play trailer indicates that the two Spider-Men will be playable in their own missions while the narrative moves forward in an exciting new fashion. Official images even show Peter's suit sporting Iron Spider limbs to aid him in combat.

Though Sony gave no date for the 2023 title, more information will come in the following weeks and months. Those interested in seeing the official breakdown of all the content unveiled can see the Tweet below and visit the PlayStation Blog for more details.

For more on the September 2021 State of Play, check out the following articles: When does Forspoken release? And Who is Tyr in God of War: Ragnorok? Here on Pro Game Guides.

Who Voices Venom in Spider-Man 2 on PS5?