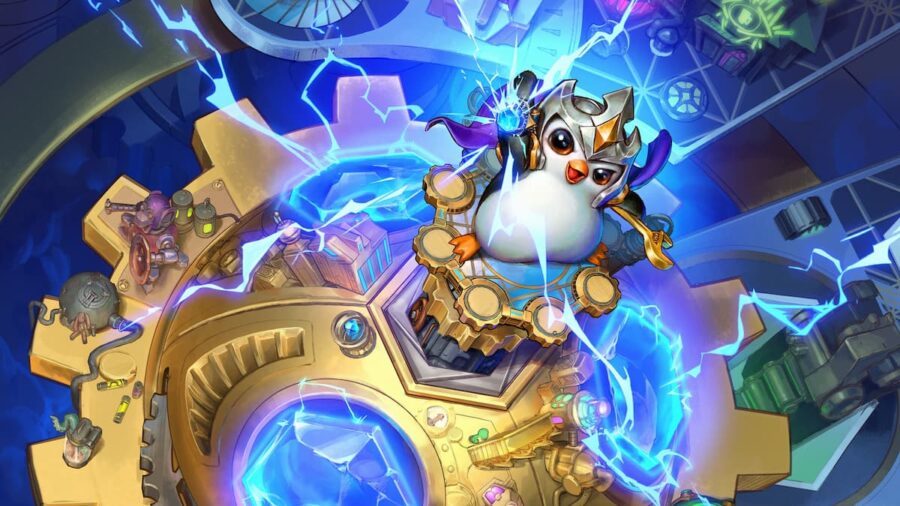 Set 6 is upon us! And with it, a whole new batch of synergies to take in. We're here to lay out how each synergy will function in TFT Gizmos & Gadgets.

Academics have bonus Attack Damage and Ability Power and can learn from their allies, increasing this bonus whenever an ally casts an ability.

Arcanists increase the Ability Power of your team.

Innate: When combat starts, Assassins leap to the enemy backline.

Challengers get bonus Attack Speed. Upon scoring a takedown, Challengers dash to a new target and double this bonus for 2.5 seconds.

After dropping below 60% Health, Chemtech champions gain 25% Damage Reduction, 50% Attack Speed, and regenerate 4% of their Maximum Health each second.

Your team has increased Attack Speed, with an additional increase per Augment in the Hexcore.

This trait is unique to Yuumi.

Your team has a bonus Magic Resist. Enchanters gain bonus healing and shielding.

Enforcers stun enemies at the start of combat. They break free after 4 seconds, or after losing 30% of their Maximum Health.

This trait is unique to Tahm Kench.

Innovators build a mechanical companion to join the battle.

Gain a treasure chest that opens when you win combat against a player. At the start of each planning phase vs. a player, dice rolls add loot to the chest. The longer you've gone without opening the chest, the luckier the dice.

Mutant is different in each game of TFT!

Hyper Adrenal Glands: Mutants' attacks have a chance to trigger 2 additional attacks against their target.

Bio-Leeching: Your team gains Omnivamp (healing for a percentage of all damage dealt).

Metamorphosis: Mutants grow every 2 seconds, gaining bonuses that stack up to 5 times.

Protectors shield themselves for 4 seconds whenever they cast an ability. This shield doesn't stack.

Your team gains Mana every 2 seconds.

At the start of combat, components held by Scrap champions turn into full items for the rest of combat. Your team also gains a shield for each component equipped, including those that are part of a full item.

This is a unique trait for Vi and Jinx

Snipers deal bonus damage for each hex between themselves and their target.

Socialites reveal a spotlight on the battlefield. The unit standing in the spotlight at the start of combat gains unique bonuses.

Certain allies are cloaked in shadows, gaining 40 Armor, 40 Magic Resist, and 25% Omnivamp (healing for a percentage of all damage dealt.

This trait is unique to Jayce

When a Twinshot attacks, they have a chance to attack twice instead

There is a lot to take in as Gizmos & Gadgets approaches, and learning it all can feel overwhelming. So check out how to make a three star unit and how the TFT ranked system works on Pro Game Guides!

All Classes in Teamfight Tactics

All Champions in TeamFight Tactics Set 6 | Gizmos and Gadgets