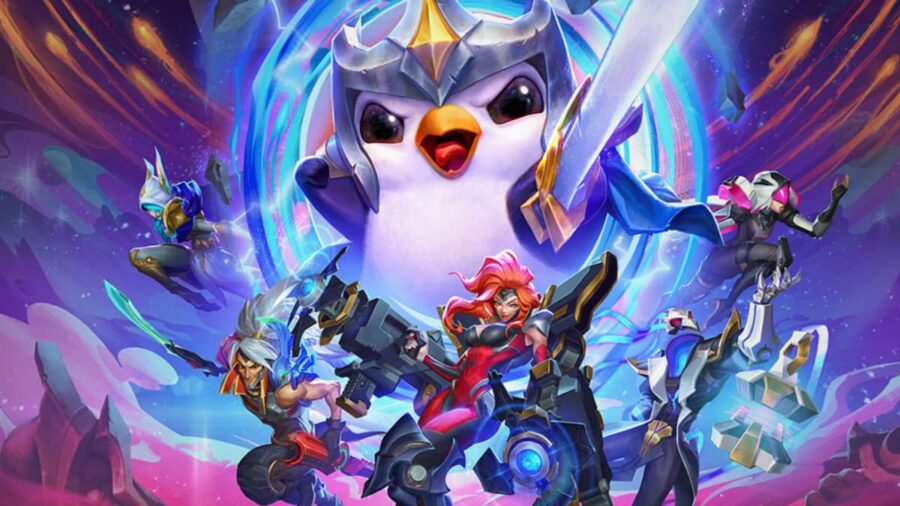 Our Teamfight Tactics Champions Tier List ranks the best unit options in the game! This guide features a full list of champions ranked to make it easier for you to decide when selecting different units and synergies in TFT.

To preface this Teamfight Tactics Champions tier list, it is very generalized, and some champions would belong in different places depending on optimal item and/or composition builds. The most significant factor weighing these TFT rankings is their strength at two stars with minimal items, but other factors are also partly weighed in.

Most Effective Champions in TFT

To be successful, you must have some of the best champions in Teamfight Tactics on your team. These units are some of the strongest units in the game based on either their CC (crowd control) potential or the damage output combined with the fact that they also have strong synergies with their Origin, Class, or both.

Aurelion Sol is a unique high-threat damage dealer because he can burst down multiple clumped enemies at the same time. His ultimate range and width are insanely large, allowing him to cleave the entire enemy team down if you have the proper composition to compliment him.

Aurelion Sol excels in Astral Compositions but can also function in Mage compositions without full Astrals. Aurelion will be your main damage threat, and as long as you have at least two items on him, you will not need another high-damage dealer. Aurelion Sol will do most of the heavy lifting, especially in the Mage Composition. Optimal items on Aurelion Sol are:

Ornn is a Bruiser that is very hard to kill. Not only that, he's provides backline access crowd control that can disrupt enemy progress. That's especially true with his special ability Stampede. Not only does this deal damage, but it also slows attack speed and stuns enemies. Because of his hard-to-kill characteristic and crowd control, you'll see Ornn in many teams. Try giving him these items:

Neeko is a Shapeshifter in Teamfight Tactics which can be very useful in combat. Her special ability Inherent Glamour allows her to disguise herself as the nearest friendly champion. By doing this she adds bonus attack speed, attack damage, and ability power from an ally (unfortunately, health stays the same). Neeko stays in that form until her shield breaks.

By returning to her form, she casts Pop Blossom. This spell deals area-of-effect damage to enemies and even stuns them for a short period. After that, Neeko casts this spell every 100 mana. This is a very powerful activity that can be even more devastating if you put her with champions that can maximize her skills in melee range. Try giving her items like:

How to use lower-tier Champions in Teamfight Tactics

How to use A-Tier units in TFT

A-Tier units will be pretty strong, just not quite as strong as the S-Tier units. These units may be able to be your only carry unit if you equip them with the right items, but even if you don't, they'll generally be some of the stronger units for their cost value.

When to use B-Tier Characters in Teamfight Tactics

B-Tier units are generally decent and may be very strong at the early to mid-game, but they're more likely to get outscaled by more robust units as the game continues. There are situations where these units might be the key damage dealers or parts of your composition, but these situations will be infrequent.

Are C-Tier Champions good enough to use in TFT?

C-Tier units may have moments where they shine, but those moments are few and far between. Some of these units can shine in the mid-game with the correct items, but committing many items to these units often will result in getting outscaled by your opponent's higher-tier units with items. These units also will only want to be played to get a benefit out of their synergies. The C-Tier has no units that are especially strong on their own without synergies.

When to use D-Tier units in TFT

D-Tier units on their own are not very strong and will only be played for synergies. However, what lands these units in the D-Tier is that they're easily replaceable by stronger units with the same synergies.

My name is Khroen and I originally come from a Moba focused background. I played League of Legends for several years before picking up Blizzards Moba Heroes of the Storm as a professional player in the HGC, competing at several national and international tournaments, including world championships at Blizzcon. After the competitive scene of HotS has dissolved, I've spent a lot of time playing DotA Auto Chess, achieving the highest rank of Queen. Now I've turned to play a lot of Teamfight Tactics where I've managed to achieve top 500 for the TFT PBE.
Find Khroen On: Twitter