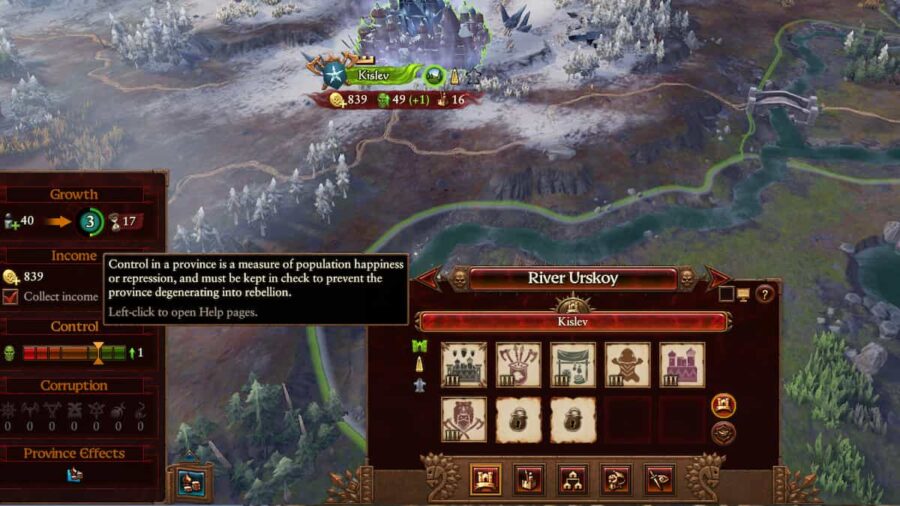 Control is a simplified form of public order. This was first trialed with the Brettonian units in Total War: Warhammer 2. Now every faction uses Control to represent what Public Order used to. The Control of a province can be seen in the bottom left of the screen when selecting a settlement.

Related: How does Corruption work in Total War: Warhammer 3?

Buildings in provinces help improve Control and your Leader's traits, random events, and putting an army in the territory.

There are also random negative control events, and things like raiding, looting, and Corruption can lower your Control. However, compared to previous games, the effects of all of these on Control are much lower. This is because the sources of potential unrest are more numerous. In addition, multiple types of Corruption, lots more wandering armies, and general Chaos influences make keeping Control high a challenge.

Overall the best way to keep high Control in your settlements is to keep them garrisoned. This is a good general rule because more than past campaigns, the Realm of Chaos sees you attacked from all sides. With Chaos Rifts and seven different types of Corruption, it's best to keep on top of your Control.

What is Control and how is it different from Public Order in Total War: Warhammer 3