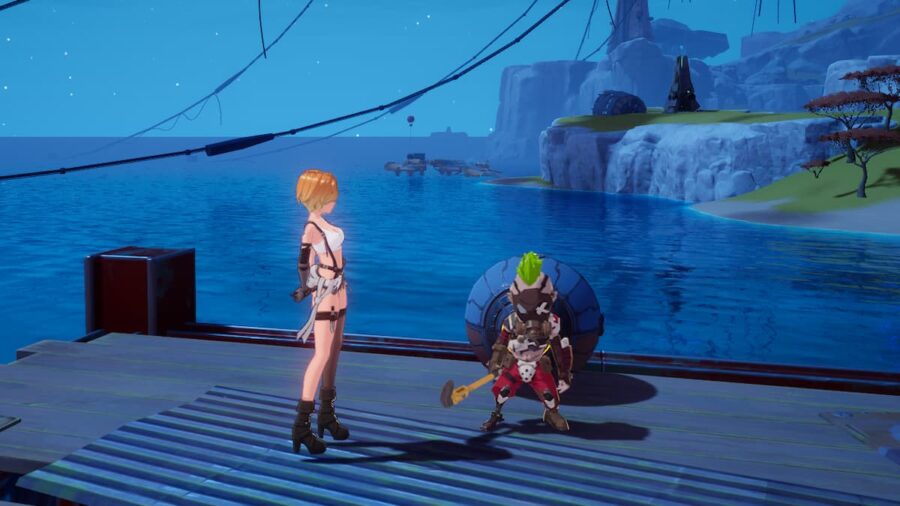 How to unlock the Voyager Engine in Tower of Fantasy

How to get the Sizzling Meat recipe in Tower of Fantasy

To complete this quest and get the Voyager Engine, you must cook the Sizzling Meat recipe and give it to a Hyena Guard. The recipe can be unlocked at any cooking station by successfully cooking two Game Meats in the Creation tab.

The more Game Meat you cook at once, the greater your chance of successfully cooking Sizzling Meat. Once you have cooked it, Sizzling Meat will be added to your recipe list, allowing you to easily cook it anytime.

Related: Where to find Cocoa Beans in Tower of Fantasy

Where to find the Banges Oil Rig in Tower of Fantasy

The Banges Oil Rig can be found off the western shore of Banges. Teleport to the furthest west Spacerift circled on the map above. Use the Jetboard to travel across the water to the Oil Rig marked by the red star. Once there, you must complete a quest to access the rig. This requires you to go to Banges Dock and inquire with Port Guard Lazwell about the captured Hyena Guards.

After you have been welcomed aboard the Oil Rig, look for the gold Hyena Classified Documents. One is posted on the wall of the shack, and the second is found on the top of the oil rig. These will provide answers to get on the Navia Oil Rig.

Where to find the Navia Oil Rig in Tower of Fantasy

The Navia Oil Rig is found to the north of Navia. Transmit to one of the northernmost Spacerifts circled on the map above. Pull out your Jetboard and travel to the Navia Oil Rig marked by the red star. You must answer a few questions to get on board. Here are the answers to the Hyena Guard's questions.

Once you answer these questions correctly, you are allowed access to the rig. Use your jetpack to reach the top platform. Speak to the Hyena Guard and give him the Sizzling Meat. Once you do this, you can access the Supply Pod behind the guard and get the Voyager Engine.

How to get a Voyager Engine in Tower of Fantasy