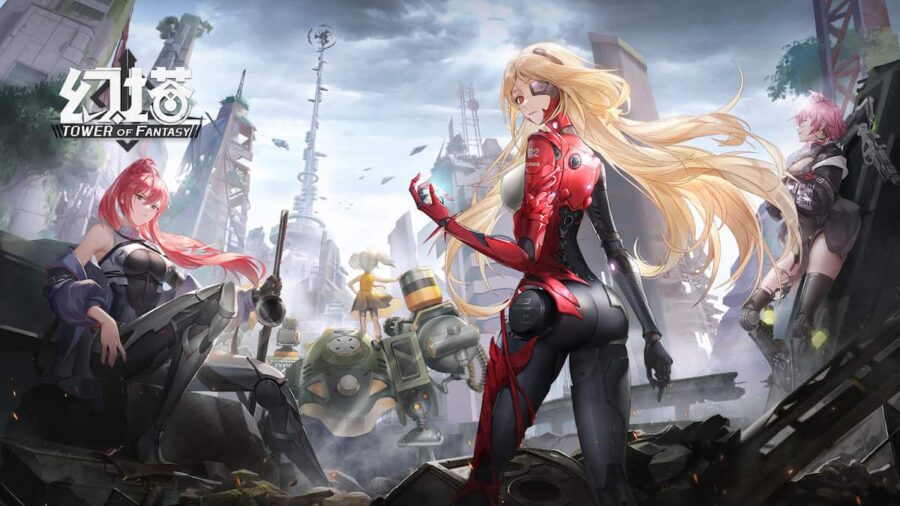 Tower of Fantasy is an open-world role-playing game set in a futuristic setting. The game is set to be released later in 2022, so expect new stuff popping up, like these new characters that were revealed in the latest trailer. From what we saw, you'll have a lot of fun interacting with these heroes and going into fights with them. Here are the ToW characters presented in the latest trailer:

Cocoritter—Her unconditional trust in everyone she meets can lead to concern. But existing with that innocence is her determination to save more people with her healing talents.

Crow—He loves to show everyone his dagger tricks or spit out a lame joke at a moment's notice.

Shiro—He has been traveling and studying ocean distribution for several years, so his findings have contributed to humankind's understanding of Aida.

Samir—She's a Hykros executor who works alone and loves to play harmless tricks on others.

King—He is thoroughly motivated by money, and his presumptuous attitude and dazzling clothes are strong indicators of his character.

Nemesis—After undergoing modifications by the Heirs of Aida, Shirli became the Angel of Clemency known as Nemesis.

Zero—He's a computer genius who has intentionally destroyed all records of his real name and past.

If you can't wait for ToW to come out, you're not alone! Over one million players have pre-registered and are eager to test their skills in this game. Meet these Tower of Fantasy characters in the trailer below, and prepare for epic adventures with them!

Tower of Fantasy new characters revealed in the latest trailer