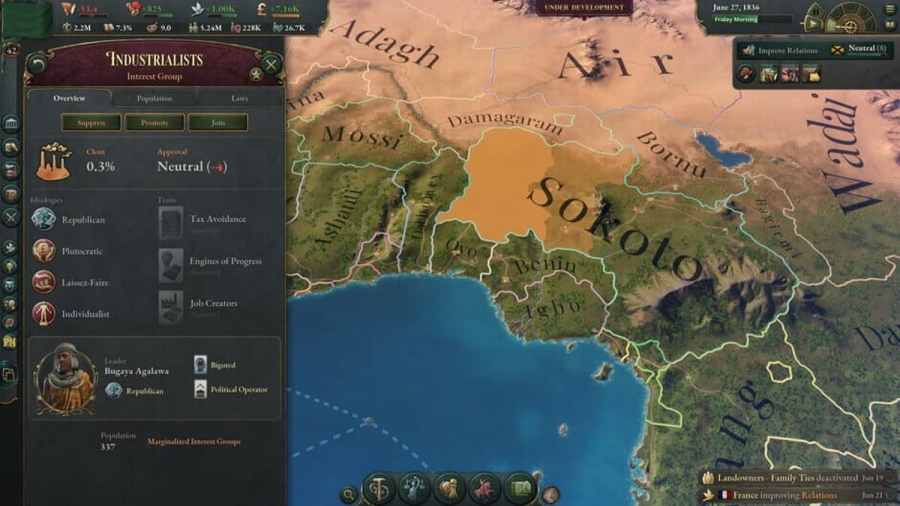 For those who haven't heard of what Victoria 3 is, it is a grand strategy game quite similar in design to the Civilization line of games. Like in Civilization, you control a nation, specifically one that begins in 1836 A.D., navigating challenges like hostile enemies attacking your borders or diplomatic disputes that you must solve through strategy. Among these diplomatic strategies is the ability to form a customs union with an ally, but what exactly does that mean?

In Victoria 3, a customs union is an agreement made diplomatically between two nations wherein one of the nations is pulled underneath the umbrella of another nation's economy. This means that the nation being pulled in becomes part of the other nation's market and, therefore, must follow its rules and regulations. At first glance, this seems like a terrible deal for the nation being pulled in, but it can be a huge benefit in the event of a larger nation pulling a much smaller one and thus giving it an influx of economic opportunity it wouldn't otherwise have. It is also beneficial for the nation as it further bolsters its economy.

Related: How to raise standard of living in Victoria 3

Rules about customs unions in Victoria 3

Want more information on Victoria 3? Check out How do Fronts work in Victoria 3 warfare? and How to fix General Error for Victoria 3 from Pro Game Guides!

What are customs unions in Victoria 3?