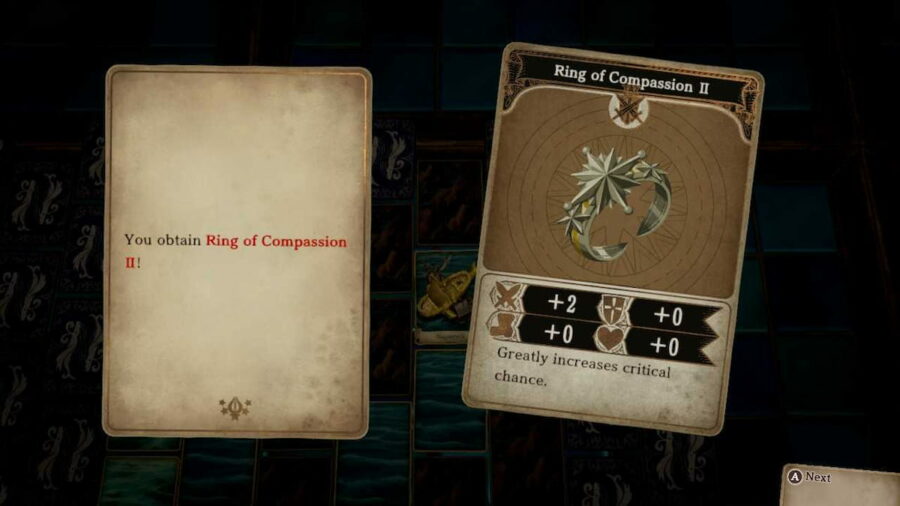 If you’ve ever played the first Voice of Cards, The Isle Dragon Roars, you’ll probably remember how many resets you needed to do in order to complete your collection for it. Fortunately, The Forsaken Maiden only has one ending, so you can collect everything (or most of them anyway) using a single save file.

In any case, if you have diligently turned every card and opened every chest, you’ll have almost everything you need to complete your collection. Here’s a quick guide to find the ones that can’t normally be discovered through casual exploration.

Most items, including higher-grade ones like the Omnipanacea, can be bought from the Omega Village copy in the Heart’s Domain. It’s the room before the top floor in the last chapter. Of course, there are exceptions:

Most Monster Cards’ flipside stories by defeating around three to five of them. The only exceptions are the bosses (whose cards you naturally earn as you progress through the story). The r/voiceofcards subreddit (via u/tasogareika) has compiled a complete list of all the monsters’ locations, in case you’re missing a flipside story.

However, below are a few creatures you can’t encounter normally.

Related: How to win the open tournament in Voice of Cards: The Forsaken Maiden

Every piece of equipment can be bought in at least two of the four major towns and city (Alabaster, Fenmoss, Heroes’ Dominion, and Coveton). The only exceptions are the spirit weapons and legendary armor, which we have a separate guide for here.

Every accessory can be bought in Alabaster City. The only exceptions are:

All in all, it shouldn't take you too long—especially if you've been thoroughly exploring maps from the beginning. Plus, leave no treasure chest unopened!