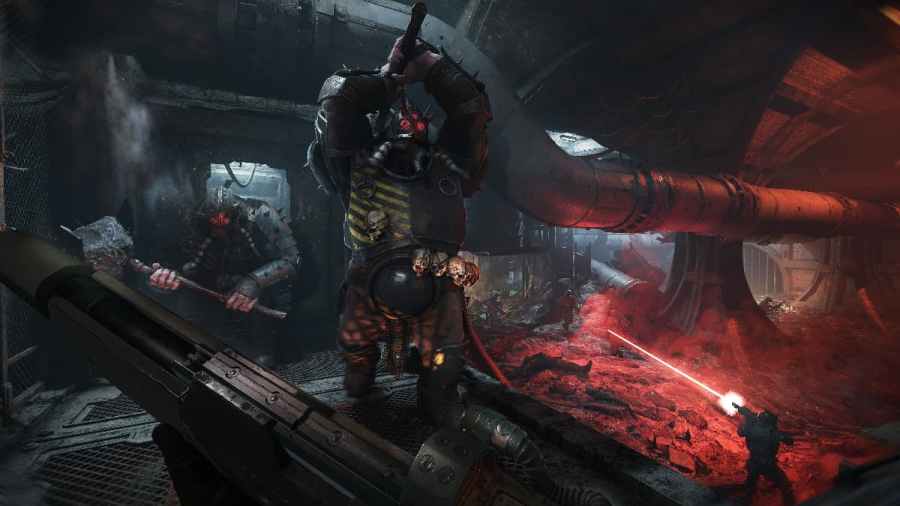 Darktide's Pre-Order Beta period plans to give players a brief glimpse into what they can expect from the whole game. The Beta will last from November 17 to its November 30, 2022 release date. Darktide's beta will also arrive in three phases, with each new phase introducing new missions players can enjoy until release; however, some players wonder if the progression made during the Beta will carry into the full release.

If you were wondering if Beta Progression for DarkTide's Pre-order Beta period will carry over and save in the game's full release, the answer is maybe. In short, the developers released a Steam post that explained what players could expect from the Darktide beta. Toward the very bottom of this post, the developers explain that their goal is for all progress to carry over from the minute you start playing the game into full release. On the other hand, the developers explained that progress carrying over is still not guaranteed, as they want to test the progression systems for any potential errors during the Pre-order beta.

Related: How to sign up for the Warhammer 40K Darktide playtest

The developers also stated that they might need to reset/wipe progression in case errors appear during the Beta, but they will still try their best to ensure progression will carry over to full release. That said, we will have to wait until the end of the Beta to see if Darktide's beta progression will indeed carry over. Until then, we recommend not getting your hopes up in case Beta progression gets wiped because of critical errors. Instead, use Darktide's Pre-order Beta to get a feel for the game and to see if it's truly something you want to play. You can also use the Beta to determine what characters you want to play or level up during full release.

What content is available during Warhammer 40,000 Darktide's Pre-Order Beta

During Darktide's Pre-order Beta, players can access the game's hub and accept multiple missions across four zones. The developers will add more missions and in-game events as the Beta goes on until November 30, 2022. Players can also access the complete training hub, use over 60 weapons, and familiarize themselves with Darktide's many mechanics.

For more on Darktide and other Warhammer games, we at Pro Game Guides have you covered with guides like 5 Best Tyranid Units in Warhammer 40k Battlesector and Warhammer 40k Rogue Trader – Trailer, Gameplay, Release Date, & everything we know!.

Does Darktide Pre-Order Beta Progression carry over into Full release?