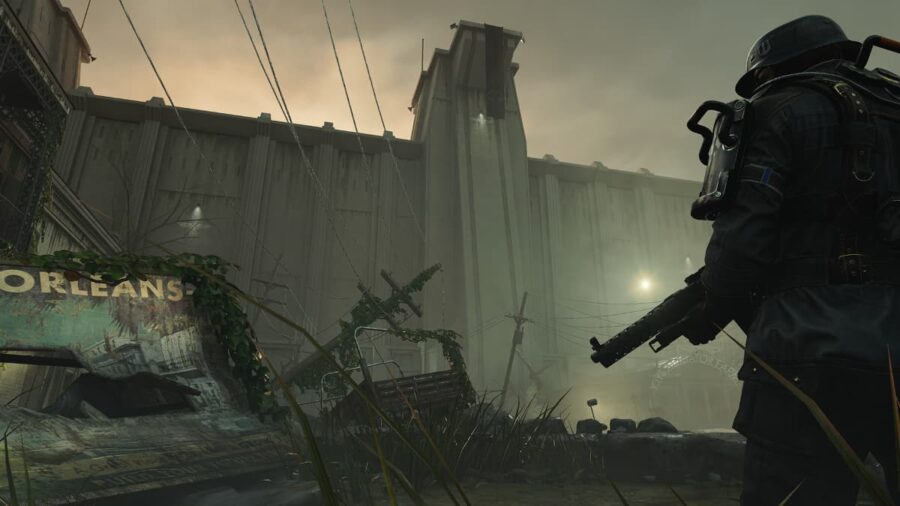 The Wolfenstein series of games from Bethesda has proven hugely popular over the last decade. Wolfenstein 2: The New Colossus is a story-driven first-person action-adventure shooter. You take the role of William B.J. Blazkowicz as you battle nazis across a series of missions. But can you replay missions in Wolfenstein 2?

How do I replay levels in Wolfenstein 2?

The simple answer is that you can’t replay missions in Wolfenstein 2. It was a big disappointment for fans, especially as you could in previous iterations of the series. However, it is possible to go back to replay certain districts to gain items you failed to collect the first time through. The big difference is that you won’t be able to see the story elements of each map, but just fight random setups of mobs and defeat Uber Commanders, which allows you to collect items from areas you missed.

To do this, you need to farm Enigma Codes. These also drop in the Uber Commander missions, so you should be able to collect all you need with a bit of patience. You must operate the Enigma Machine on Eva’s Hammer to use them. Once on these missions, remember the enemy placement and type can be completely different than the same level in story mode, so you could be battling anything from standard soldiers to robot panzerhunds. Alternatively, of course, you can play through the game again or return to save points.

Want to learn Everything you need to know about Tick Rate in FPS games? Or the Best games that support Ray Tracing, such as Wolfenstein: Youngblood? Get all your gaming info here at Pro Game Guides!

Can you replay missions in Wolfenstein 2?