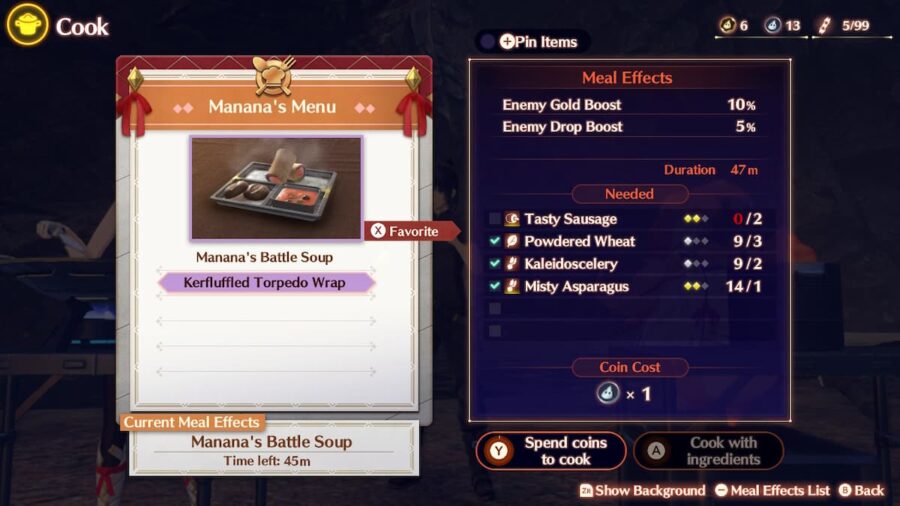 The world of Xenoblade Chronicles 3 is enormous, so you'll spend a lot of time exploring every corner of the map. While doing so, you have to think of all the dangers that await you, and besides monsters, the biggest one is hunger. That's right, your heroes must eat something to improve themselves and be more effective. Thus, you'll need to know the locations of recipes so you can cook them for your adventurers.

All Meal Recipes in Xenoblade Chronicles 3

As in real life, you need to know the recipe if you want to cook something. That is the case in XC3, where you'll have a chance to learn them by visiting colonies and their cantinas. Their cooks will happily give you the recipe if you buy the meal beforehand. Fortunately, the prices are in Gold, which you always have in abundance. After you learn a new recipe, you'll have a chance to prepare the meal at rest spots.

Related: How to revive allies in Xenoblade Chronicles 3

All Recipe Locations in XC3

You'll first need to improve your affinity level to have an opportunity to eat at some colony cantines. Here are all recipe locations in Xenoblade Chronicles 3:

How to cook in the Xenoblade Chronicles 3

Your main chef will be Manana, a Nopon heroine from Colony Gamma. She will cook at the rest stops, although she'll sometimes alter the meals you've eaten in colonies. To cook meals in Xenoblade Chronicles 3, you need recipes and ingredients. Some are easy to find, while others will take some time to farm. If you're in a hurry, you can always use Nopon Coins to override this problem.

All Recipe Locations in Xenoblade Chronicles 3