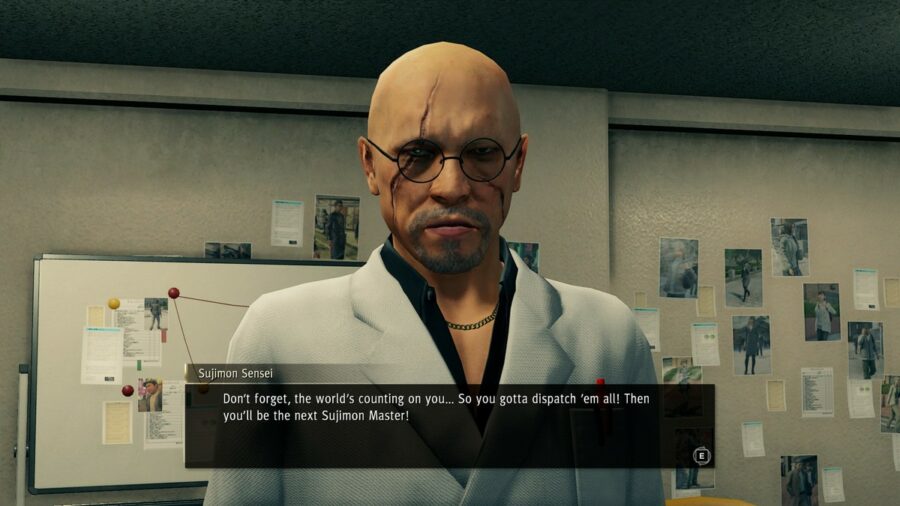 How to unlock the Sujidex 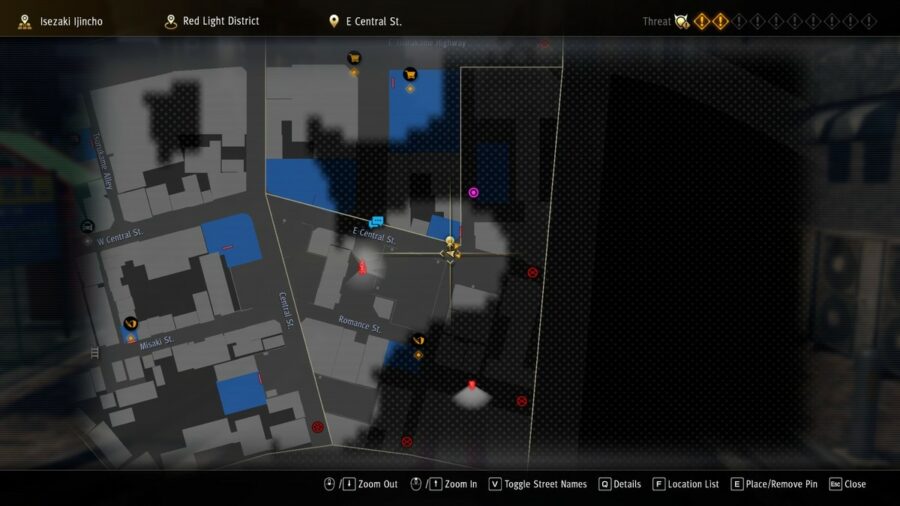 To unlock the Sujidex in Yakuza: Like a Dragon, you have to complete the substory "Who's That Sujimon?!" which can be started by running through East Central Street as shown above.

When running along the street, at some point, you will be accosted by a deranged flasher, which will result in a combat encounter; you need to beat the flasher to progress the quest; luckily, it's easy to do.

After the fight, you will meet professor Sensi, who will inform you of the hidden world of Pok... I mean Sujimon, and upon hearing this, you will embark on an epic adventure that leads to his tiny creepy office. 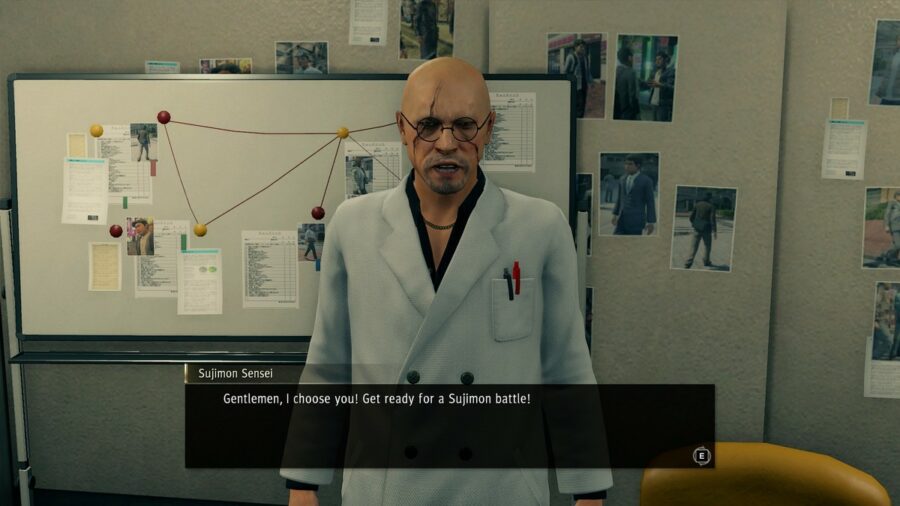 Once at his office, he will explain more of the concept of Sujimon, which in short is fighting and collecting info on the various enemies in the game; Overall, it's basically Yakuza's parody version of Pokemon.

Following learning of the existence of Sujimon, you will then have to fight three enemies that enter the room, beat them, and you will unlock the Sujidex. When you have the Sujidex unlocked, you can get more Sujimon by exploring and fighting Yakuza's various enemies. 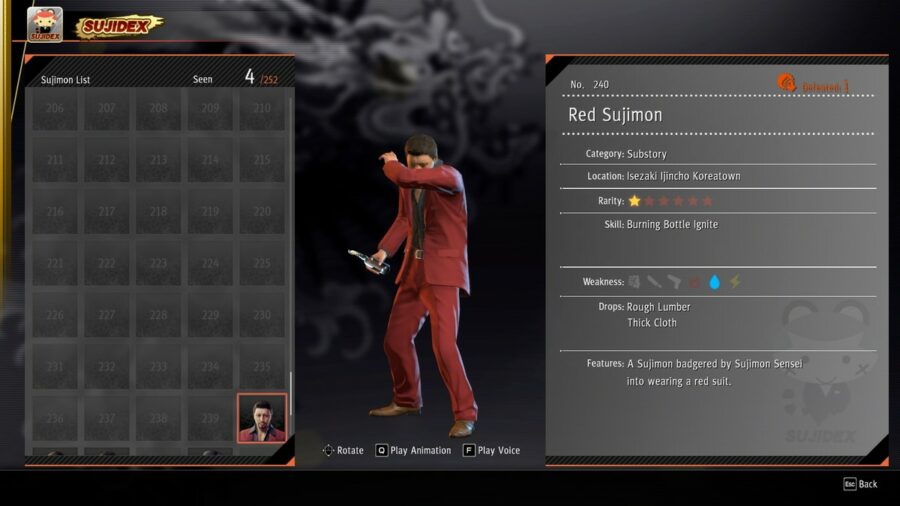 To use the Sujidex, open your phone in the menu hub. Once your phone is open, click on the icon as shown above. When you have opened the app on your phone, you can then use it to look up various stats and what items enemies drop. You can also earn some rewards for hitting Sujimon milestones, so in the end, it doesn't hurt to find those Sujimons.

If you want to be a true Sujimon Master, you will need to study up on how to play Yakuza: Like a Dragon. Luckily we have a ton of Yakuza guides for you at the guide page for the game.