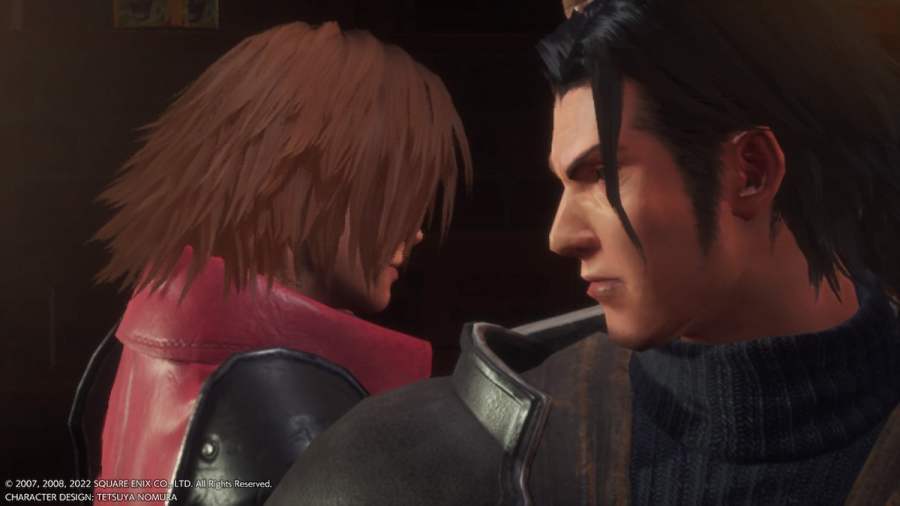 If you’re new to the Final Fantasy VII compilations, you might wonder why these two characters, Angeal and Genesis, have one wing, much like Sephiroth. Today, we’ll talk about it. Note that there will be major spoilers for Crisis Core and light ones for Final Fantasy VII, so read at your own risk.

Angeal and Genesis have wings due to a mutation caused by a series of experiments involving Jenova cells. Angeal and Genesis are the fruits of Project G, that is, Project Gillian, spearheaded by Professor Hollander. He injected Gilian with Jenova cells, hoping whoever received her DNA would inherit Jenova’s abilities. Gillian gave birth to Angeal and passed down the cells to him. Genesis was injected with them.

Genesis showed signs of degradation first because he was a second-hand recipient of Gillian’s cells. Angeal was affected next. Sephiroth did not mutate because he was directly injected by the Jenova cells as a fetus.

Related: Can you get the Buster Sword in Crisis Core?

Why does Sephiroth have a wing in Final Fantasy VII?

In the original game, Sephiroth doesn’t actually have the iconic black wing he’s known to have today. That was introduced in Kingdom Hearts, and the Final Fantasy VII team liked the idea so much that they gave Sephiroth the black wing in Advent Children. There hasn’t been a canonical lore explanation for this.

However, at the end of Final Fantasy VII, Sephiroth does grow white wings (similar to Angeal’s) to show how much his body has mutated because of Jenova’s DNA. In fact, no one really knows where “Sephiroth” and “Jenova” begin and end in Final Fantasy VII.

For more help with Final Fantasy VII: Crisis Core Reunion, take a look at How to get Goblin Punch in Crisis Core and What does Lucky Stars do in Crisis Core? here at Pro Game Guides.

Why does Angeal and Genesis have one wing in Crisis Core?