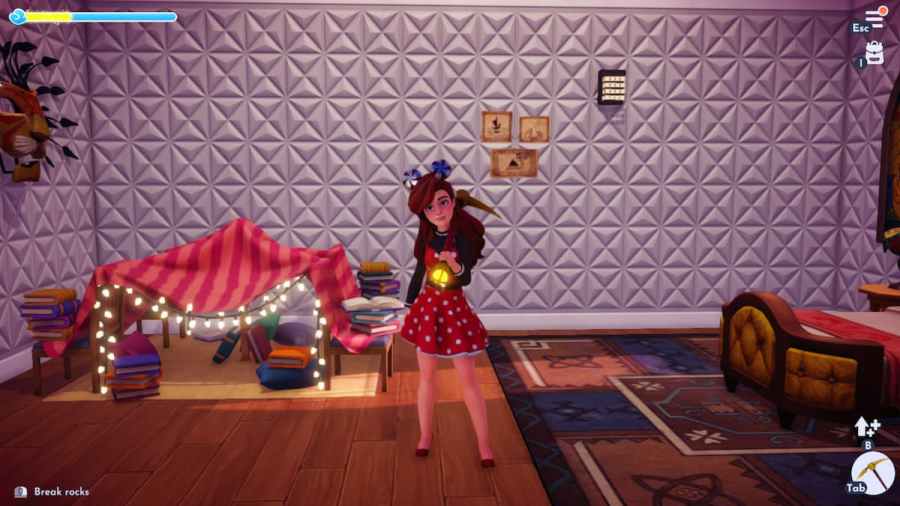 How to complete The Illumination in Disney Dreamlight Valley

To unlock this quest you'll need to have maxed out Woody's friendship level, as well as completed the prior three quests in his quest line Failing Better, A Bit of a Fixer Upper, and Wanted: Aliens. You'll also need to have unlocked Ariel, Moana, and Mother Gothel.

The last step to revitalize the Carousel is to get the lights turned back on. Talk to Woody noticed that touching a wicker, toy basket inside the Carousel made the lights flicker on. Sure enough, when you go interact with the toy basket, a Lost Diary Page appears. Pick it up and read it. It seems the lights are powered by memories and magic. Go back and talk to Woody again.

He thinks the lights were powered by childhood items significant to the other villagers. Go and speak to Moana, Kristoff, and Ariel. They'll give you a Conch, a Tiny Troll Figure, and a Music Box, respectively. Take them back to Woody, who think you still need one last thing, a childhood item of your own. In this case, a photo of a child like activity will do.

You are going to build a blanket fort and have a party with your friends. To build the set up you'll need to gather the following:

Once you've gathered the items you can craft the Blanket Fort from the Furniture tab of the Crafting Menu. Place the Blanket Fort anywhere in your Village, complete the photo op, then speak to Woody again. You'll give him the photo, pick a magic phrase, and then the Carousel will come to life. Woody will give you the Blanket Fort back, in case you ever want to have a pretend sleep-over again. He'll also give you the Woody's Pull-String accessory, completing this quest.