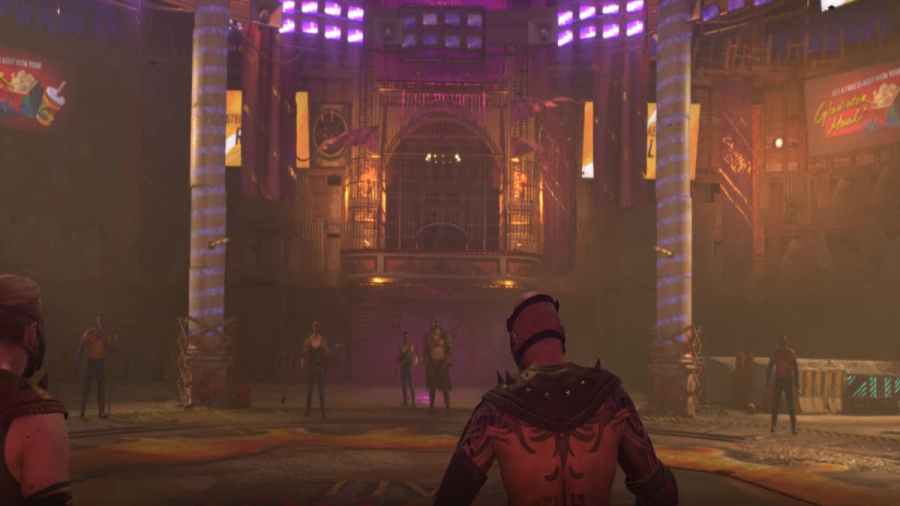 To complete Madmen from Villedor in Dying Light 2's Bloody Ties DLC, you must first complete three challenge events: Like The Wind, Treasure Hunt, and Between Two Fires. Each mode will test your skills in the following activities in the game: Parkour, Combat, Survival, and Speed. If you want to ensure your character is up to these challenges, we highly recommend checking all the steps required to beat the quest below

Before starting the Madmen from Villedor quest in Dying Light 2, we recommend leveling your character's stamina, health, and parkour skills. After doing so, you can start all three challenges by opening your map and going to the quest marker locations. At all three locations, you will need to locate and press your use button on a walky-talky, as shown below.

Interacting with the walky-talky will start the challenges. Complete all three, and you will progress the quest to where you eventually unlock Carnage Hall and gladiatorial fights.

Related: Where to find all Metro Station locations in Dying Light 2

To complete the Like The wind challenge event in Dying Light 2, you must be skilled in parkour and run like hell to the finishing line. Ignore all enemies and use tools to your advantage; you will have no problem passing the first challenge in the Madmen from Villedor quest.

How to complete Between Two Fires challenge

To complete the Between Two Fires challenge in Dying Light 2 Bloody Ties, you must use a crossbow and kill over 20 infected before a timer runs out. Using the crossbow to snipe the infected from high cover, you can beat this challenge. Avoid getting close to the infected, as they will blow up when they get near you.

Eventually, after beating all three challenges, players must beat one final challenge and can view an optional drinking cutscene. Viewing the drinking cutscene requires you to visit Ciro, who you can find via the map marker on the world map. However, visiting Ciro is not necessary to progress the story. That said, after visiting Ciro, players can head to the final challenge site, where they must defeat a horde of infected. Beating the final fight is not hard as long as you use your parkour/combat skills and environment to your advantage. Dodge, jump, kick and grapple enemies away or through them off the roof, and you will survive most encounters. Keep surviving, and a four-minute timer will run out, ending the fight.

Beyond the fight, you have some traveling around and dialogue to view and do. After the dialogue dump and rooftop hopping, you will eventually find yourself at Carnage hall. Inside Carnage Hall, you must complete one final fight involving a mosh pit of fighters. Overall, the Arena fight is not hard to win, but you should prepare for the best results at winning. We recommend the following tips to beat the arena fight in Dying Light 2's Bloody Ties DLC: