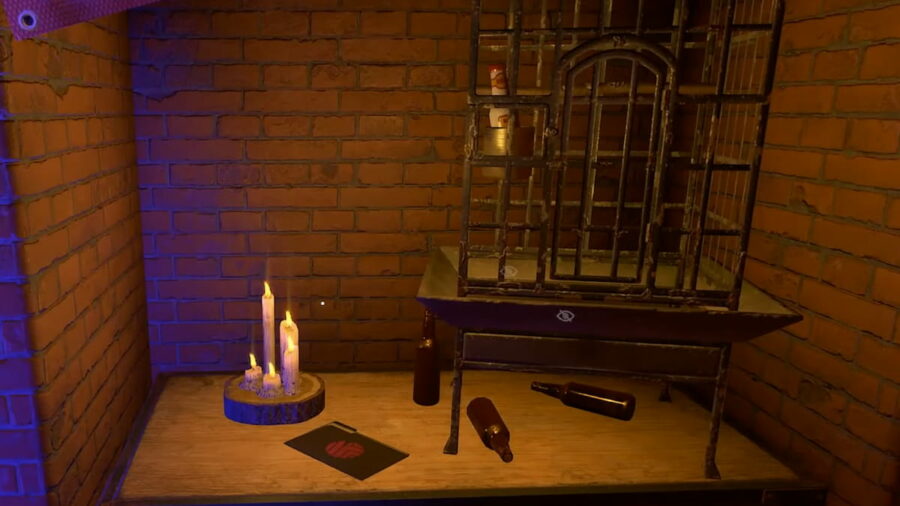 The Pan of Destiny is one of the secret weapons that players can collect in Dying Light 2. This throwable frying pan can only be earned by completing a quest that is given to Aiden by a talking chicken who claims he is from space. The Pan of Destiny isn't available until later into the game, so there are some mild spoilers ahead.

Related: How to fix Dying Light 2 no dialogue glitch on consoles

Finding the Chicken from Space

After completing the majority of the main storyline within Dying Light 2, players will be driven to the Stronghold to confront the Colonel who leads the Renegades. During this mission, after players have taken out the guards on the outskirts, players should stop pursuing the mission marker. Jump off of the wooden bridge and swim to the ladder to scale the side of the central brick building.

Handle the guards around the top of the building before heading inside and up the stairs. Follow the halls of the upstairs to discover a room with an orange tent inside. Enter the room and go around the tent to find the talking chicken caged in the far corner beside some candles.

Related: How to claim the Dying Light 2 Authority Pack

Speak with the chicken to gain the quest to set him free. Players will need to collect a missing part for the chicken's "spaceship." Finish up the initial main quest here before pursuing the chicken's side questline. Luckily, the chicken will mark the part on Aiden's map, so it shouldn't be too hard to find.

Depending on the player's previous choices within the storyline, this area may or may not be under a large body of water. If it is, players will simply need to swim down to the bottom of it and collect the space part near an overturned bus. Then, return to the chicken. He will attempt and fail to bring Aiden with him but leave behind a blueprint for Lotan's Pan just outside of his cage.

Once players have the blueprint, they can head to a crafting table with 10 scraps and craft their own Pan of Destiny. While not dealing a substantial amount of damage, this pan does automatically return to Aiden like Thor's Hammer. As a secret weapon with a cool side quest, it can offer some extra pizzazz to anyone's playthrough.

For more Dying Light 2 content, be sure to check out Should you help Julian or Marco during Cheers in Dying Light 2? on Pro Game Guides.

How to get the Pan of Destiny in Dying Light 2