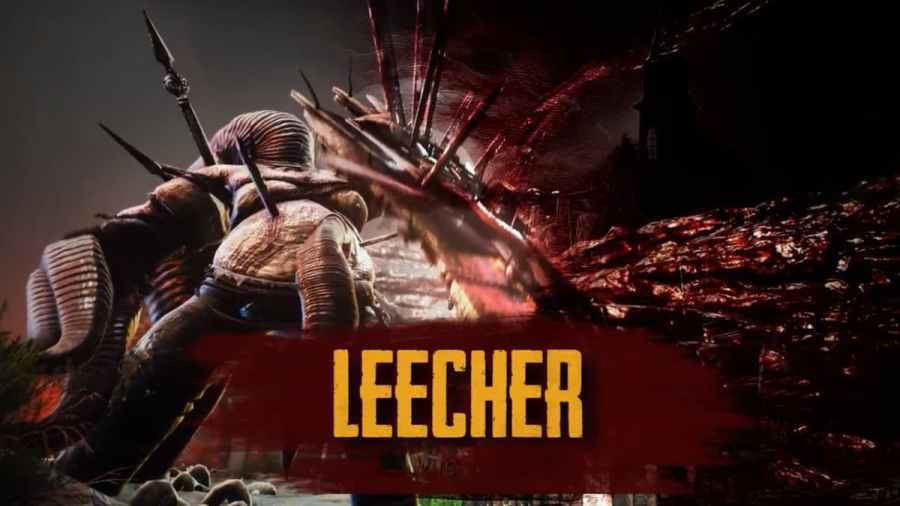 Evil West lacks disgusting and deadly adversaries, but few are as nightmarish as the Leecher. In Flying Wild Hog's Evil West, this macabre combination of man, monster, and spikey death is one of the last creatures you'll want to find yourself face-to-face.

The Flying Wild Hog Twitter gives an in-depth look at the Leecher in action, stating, "Ever wonder what a walking vampire palisade would look like?" We didn't, and now that we've seen it, we don't like the looks of this thing (in a good way). This monstrosity doesn't just look terrifying; it can quickly kill unprepared players in a scuffle.

The Leecher is a powerful enemy that uses a spikey palisade shield as protection and offense. Get too close to it, and you'll feel the pointy end of its shield coming down on your frail human body. You'll have to get creative to get around its defenses or just go in full force and destroy its shield with your own powerful melee attacks. But don't be surprised when it regenerates its defenses.

The Leecher is one of many creatures you can face in the vampire-infested Wild West. Keep your wits about you, learn your enemy's weakness, and take down the undead in Evil West on November 22, 2022.

For more information on Evil West, check out Is Evil West coming to consoles? and Is there co-op/multiplayer in Evil West? on Pro Game Guides.