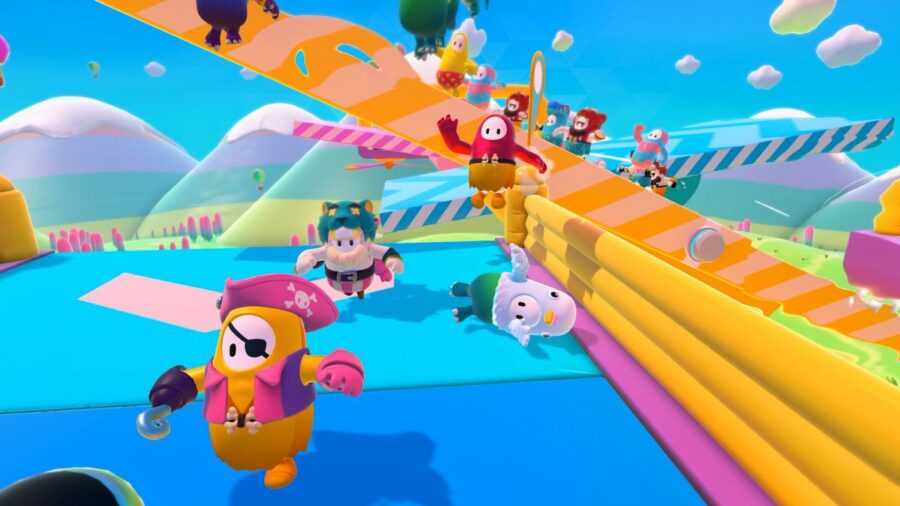 Fall Guys is the battle royale game marked by goofy and physics-defying gameplay. This game has taken the internet storm, culminating in millions of players over time. Surely there are more games like it, right?

Most Similar Games to Fall Guys

It may be hard to find games that are direct competitors with Fall Guys since it is such a unique game. But here's a list of the games that come the closest!

Stick Fight might not be a battle royale game, but it does put four players against each other in a wacky combat system. One of the biggest similarities between the two games is the physics aspect of both Stick Fight and Fall Guys being a large component of the experience.

Pummel Party has a much closer design style to Fall Guys in comparison to other entries on the list. The game has some secondary objectives such as collecting items and weapons. The real meat of the game that brings in players is the goal to knock out other players in over-the-top ways.

Human Fall Flat is another game on this list that features a physics-based gaming style. It features puzzles to solve, ridiculous parkour mechanics, and a teamwork-based system. While this may not be a perfect match, there is a lot of overlap for fans of Fall Guys.

Gang Beasts has a lot of similarities to Fall Guys. One of the most notable aspects is the art style, which is strikingly similar to the "blob" style of Fall Guys. The obstacle courses in this battle-based game are chaotic, providing plenty of entertainment to players.

It's not hard to figure out from the title that Super Animal Royale is a battle royale game, just like Fall Guys. This game differs in that it gives a two-dimensional and top-down experience. Players will still be able to relate a lot of the gameplay to their beloved Fall Guys.