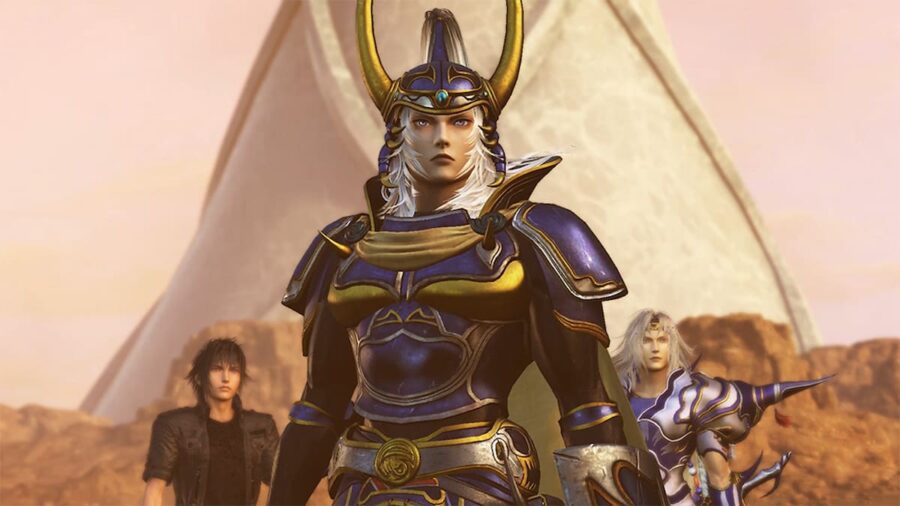 Final Fantasy is a JRPG franchise that was launched by Square Enix (then known as Square Soft) back in 1987. Despite it having more than 15 mainline titles and even more spin-offs, sequels, and mobile games, no two Final Fantasies ever feel the same—and long-time fans are always rewarded with a unique experience with each release. But even in such a content-rich collection like Final Fantasy, there are games that are more enjoyable to play than the rest.

World of Final Fantasy is a hard sell for anyone who hasn’t played a lot of mainline Final Fantasy games. But if you want to go around and involve yourself in your favorite characters’ stories, then get this game. The dungeons just get a little repetitive the longer you play the game, but overall, it’s a very unique 40-hour monster training RPG.

Final Fantasy Crystal Chronicles is not a game that will appeal to a large player base, but if you enjoy resource management, action battles, and taking control of your own story, give it a try. The story revolves around protecting your village from the Miasma that plagues the world, and you need to journey every couple of years to restore the power of the crystal that protects your home. In fact, consider it an offline MMORPG! You’re even free to design your own characters (or set of characters) as well as play local and online co-op.

Whether or not you like a Final Fantasy game, one thing’s for sure: it has an amazing soundtrack. From Uematsu’s iconic One-Winged Angel to Final Fantasy XIII’s rock rendition of the Chocobo Theme, you will hear it all in Theatrhythm Final Fantasy. As its name implies, it is indeed a rhythm game—and a challenging one at that. Thanks to the 3DS’ unique build, players will have to swipe, tap, button mash, and control the circle pad among other things play. Most songs are also disguised as a “fight,” so it is still a JRPG (kind of).

After years of modern fantasy games such as VII and VIII, Final Fantasy IX is one of the Final Fantasies that’s a JRPG in the most traditional sense. It tells the story of a circus troupe member named Zidane and his (consensual) kidnapping of a princess of another kingdom. If you enjoy turn-based battles, magic, beast creatures, romance, and other traditional JPRG elements, Final Fantasy IX is the best one to play.

If you’re looking for the best classic Final Fantasy game, the title easily goes to Final Fantasy VI. It has an excellent story, a colorful cast, and an amazing soundtrack. We’re especially big fans of its characters—Terra and Kefka are two of the most interesting set of protagonist and villain you’ll ever meet. The steampunk setting and the tension-filled conflict between an oppressive empire and the rebel faction makes the world very interesting, too.

Dissidia is known as the Final Fantasy crossover game, which believe it or not, has a plot that is canon to all mainline Final Fantasy storylines. It tells the tale of a world that can only survive on battle energy, so it summons heroes and villains from other dimensions to wage war on its lands. The fighting-style-like gameplay is very fun and the interactions between characters like Squall and Cloud are an absolute treat! The plot of the original game for the PSP is arguably much better than its PS4 sequel, but you can give both a try.

If you’re a big fan of strategy tactics like Fire Emblem and Valkyria Chronicles, then Final Fantasy Tactics is a must-play. Final Fantasy Tactics’s themes of oppression, revenge, and justice are very well-written and its is dialogues are some of our favorites in the franchise. Character favorability, choices, and even birth dates impact the plot in some way. It can get a little difficult, but that’s one of the things that makes it so engaging.

It’s difficult to just pick either Final Fantasy VII and Remake for this spot. Their storylines are similar and both of their gameplay is interesting in their own ways. The materia system present in both games is a pleasantly intuitive choice, providing every character with extra versatility. Still, the biggest things Final Fantasy VII has going for it is fantasy/space-themed plot, music, and cast—after all, there’s a reason why Cloud and Sephiroth are two of the most recognizable characters in video game history.

Final Fantasy XIV is an MMORPG that’s so well-written, well-designed, and well-supported that it saved Square Enix from bankruptcy at some point. And if you’re reluctant to play it, just know that the main game and its first award-winning expansion, Heavensward, is completely free to play up to level 60. The amount of content Final Fantasy XIV has can be pretty intimidating for people who’ve never played an MMO, but its plot alone solidifies its place in this list.

Final Fantasy X isn’t just a great Final Fantasy game, it’s one of the best JRPGs out there. The story is something you’ll never see anywhere else, the soundtrack will give you goosebumps, and the cast is interesting and diverse. It’s also moderately difficult—you really have to strategize and equip your party properly to defeat many optional and the final bosses.

Plus, we’re huge fans of Final Fantasy X's battle and versatile level system as well. It allows you to raise characters however you like (with the exception of some set skills) and influence what stats they gain. Though the plot does mandate that you take a linear path before you get an airship, you’re free to explore things after that and get rewarded by the amount of effort you put into your explorations.

For more posts about Final Fantasy, check out some of our other articles here at Pro Game Guides.