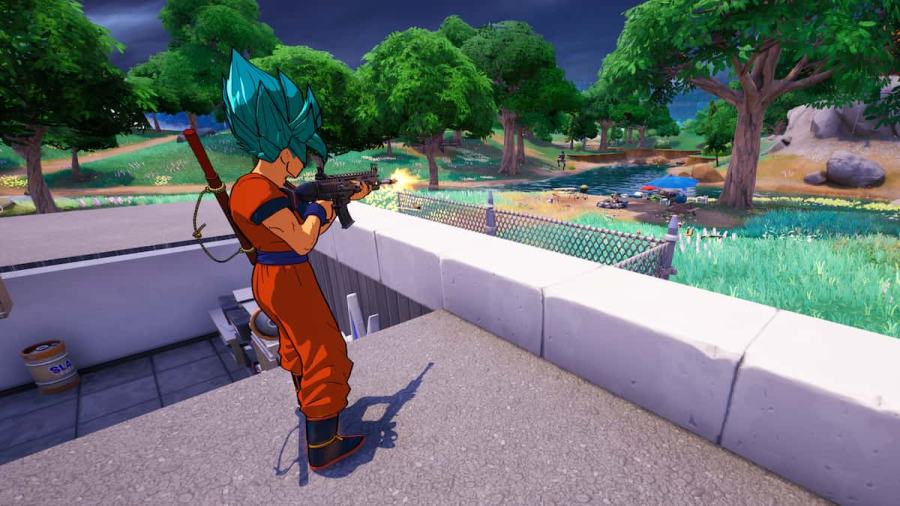 In Fortnite Chapter 4 Season 1, players get to select weapons from a diverse loot pool featuring both new and old guns. Seven new weapons were introduced in the game, including the new Shockwave Hammer. The popular Assault Rifle has made it way back in Chapter 4. Naturally, players need to know the best weapons to use to outgun every opponent on the map. Here are the best weapons to use in Fortnite Chapter 4 Season 1.

Best guns to use in Fortnite Chapter 4 Season 1

The Twin Mag SMG is brilliant at close range but falls short in ranged engagements. This gun has 13 fire rate, with 1.3s reload time. Each magazine of this weapon holds 20 bullets of light ammo. The epic rarity of the Twin Mag SMG deals 19 body shot and 28.5 headshot damage. Players who prefer to use an SMG over Shotguns for close range engagements should definitely use the Twin Mag SMG. This weapon can be acquired from ground loot and chests.

The Thunder Shotgun is a pump-action weapon which shoots two rounds at once. While the Pump Shotgun remains vaulted, players will find this weapon to be the best gun to use in close-range fights. The weapon doesn't have a high fire rate like the Maven Auto Shotgun, but it deals more damage. Players who love to maneuver around and blast opponents in close-quarter combat will have fun with the Thunder Shotgun in Chapter 4. You will find this weapon as ground loot and in chests.

The Assault Rifle was unvaulted after a long time, and it is one of the best weapons to use this season. Its high accuracy and easy-to-control recoil makes it efficient at mid to long range. The Assault Rifle also has a tight hip fire spread, making it useful at close range if you don't have any other gun. You will find the Assault Rifle as ground loot, and in different types of chest. We highly recommend upgrading this weapon to legendary rarity by spending gold bars at upgrade stations.

The Ex-Caliber Rifle is semi-automatic weapon that shoots a ballistic blade at the enemies. This projectile explodes after a few seconds, damaging everything in the vicinity. Opponents will take 75 damage if the projectile strikes them, and 75 more if they are caught in the blast radius. The mythic variant of the Ex-Caliber Rifle can be acquired by defeating The Ageless Champion. Players will find this weapon as ground loot, from chests, and from Oathbound chests as well.

The DMR is perhaps the best choice for long-range combat in Fortnite Chapter 4 Season 1. This weapon has a scope, making it the perfect gun to hunt opponents at mid to long range. The DMR also has a better fire rate than the Ex-Caliber Rifle, making it a good choice this season. Players will get this weapon from ground loot and chests. Make sure to account for the bullet drop by adjusting your aim while taking long range fights.

Best weapons to use in Fortnite Chapter 4 Season 1