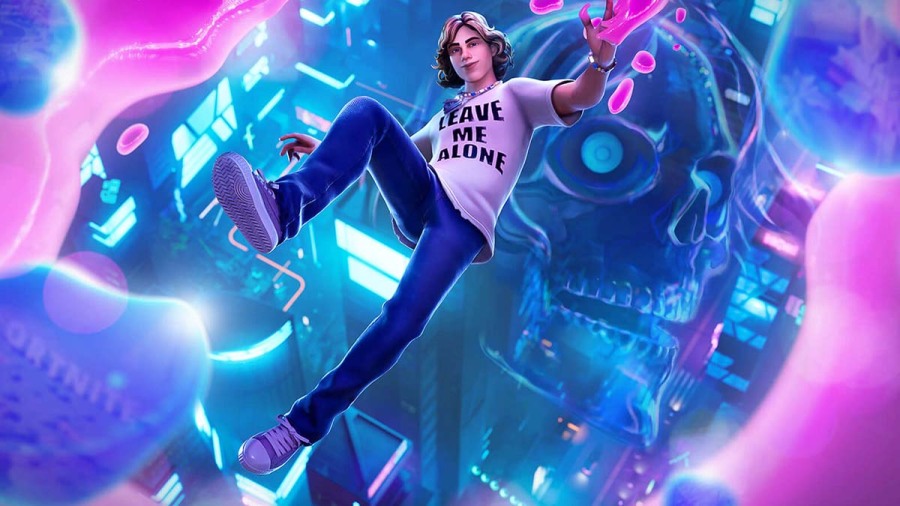 Fortnite and The Kid LAROI are teaming up for a major event that will bring the Australian superstar to Epic Games' hit battle royale to perform an in-game concert. Fans of the singer will also have the option to add him to their locker as an Icon Series skin if they so choose.

When does The Kid LAROI skin release in Fortnite?

Epic announced the skin's release date was January 26, and players will be able to pick it up from the Item Shop then. This is a day before his in-game concert, so expect many players rocking his skin at the show. There will be two separate bundles included in the shop, with the first one being modeled after the singer and the second one being him decked out in a rogue look.

Related: How to use Peely’s Plunder Reality Augment in Fortnite

The first bundle includes the default The Kid LAROI outfit with a second style that turns his skin blue and the Get My Bag Back Bling which will come with two different styles. The second bundle comes with The Rogue LAROI outfit, also boasting a blue skin variant, and the Tragic BLADE Back Bling that doubles as a pickaxe.

Epic announced a second way to get it for players looking for an alternative method of unlocking the skin without spending V-Bucks. On January 24, Fortnite will be hosting The Kid LAROI Cup, which gives players a chance to get the skin free of charge.

How to Get The Kid Laroi skin for free in Fortnite

Fortnite is hosting a Duos Zero Build tournament on January 24 that will reward the top finishers with the skin as the prize. This has been something Epic Games has traditionally done with their Icon Skins over the years, so this will come as no surprise to long-time players.

Each elimination is worth a point, and making it to top 25 will also give a point, so players shouldn't run into many issues reaching at least eight points if the goal is just some free cosmetics. Each team gets a total of 10 games to compete before their final score is tallied. Duos looking to compete should read over the tournament's official rules before diving in.

For more Fortnite news and guides, check out How to reroll Reality Augments in Fortnite on Pro Game Guides.

How to get The Kid LAROI skin in Fortnite